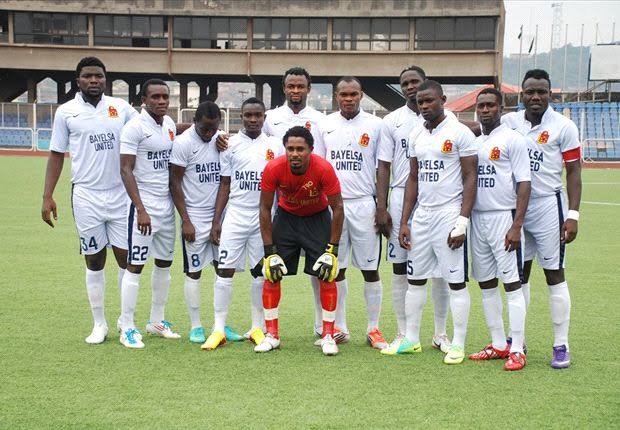 The Confederation of African Football (CAF) said the TotalEnergies Confederation Cup preliminary round between Bayelsa United and Guinean club AS Ashanti Golden Boys will be decided in a one-legged game.

Bayelsa was supposed to play AS Ashanti Golden Boys in the first leg of the CAF Confederation Cup this weekend.

However, CAF in a statement said the game will now be decided in the second leg that will be played in Bayelsa State.

According to a statement made available on CAF website , ball three fixtures involving clubs from Guinea in the preliminary stages will be a one legged decider.

“After monitoring the political and security situation in Guinea and following careful consideration, the CAF Interclub Committee has decided that all three fixtures involving clubs from Guinea in the preliminary stages will be played in a single leg at the opponent’s territory in accordance to Article 2.1 of the CAF Interclub Regulations,” said a statement on CAF’s website.

Bayelsa United who won the Aiteo Cup will host AS Ashanti Golden Boys September 19 at the Samson Siasia Stadium in Yenagoa.

Nigeria Professional Football League (NPFL) champions Akwa United will be involved in action this weekend in the TotalEnergies CAF Champions League against CR Belouizdad of Algeria.

Rivers United will go Young Africans of Tanzania while Enyimba are drawn bye from this stage of the competition.