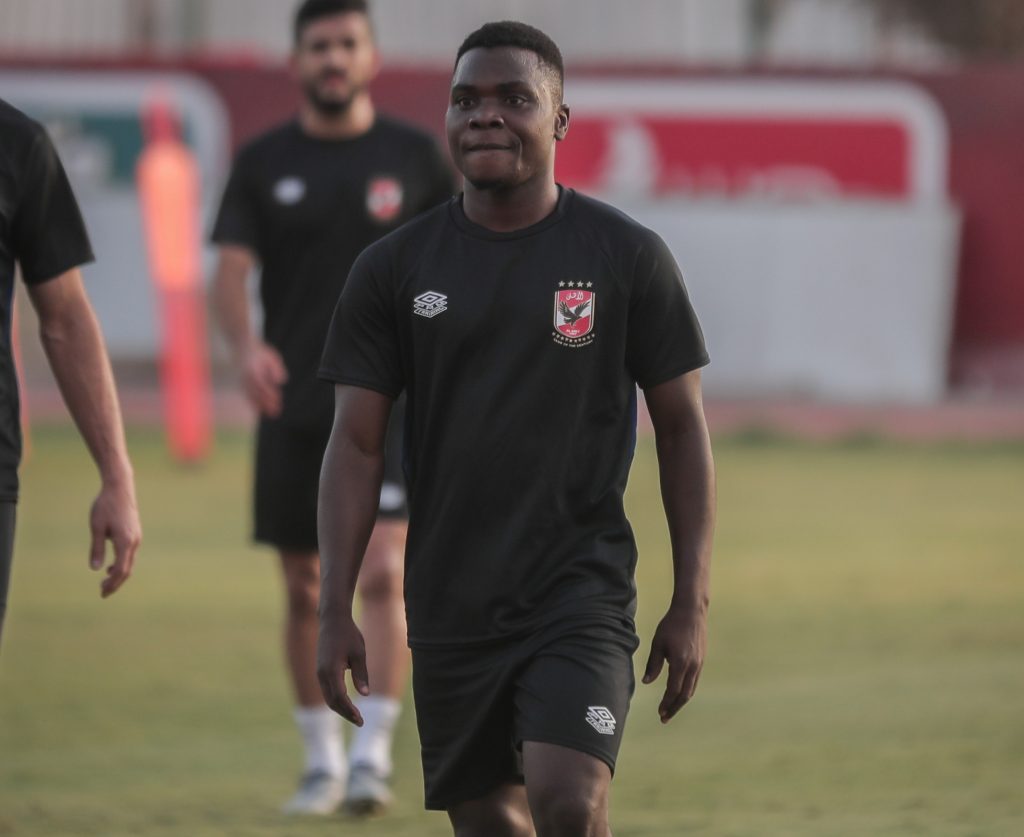 Mozambican winger Luis Miquissone finally had a feel of training at Al Ahly in Egypt where he received a ‘special reception’ from team mates.

He joined his new team mates today, Monday, at El Tetsh Stadium weeks after signing for the coach Pitso Mosimane side from Tanzania champions Simba SC.

“Our players were keen to offer a special reception to the Mozambican international before the start of today’s session,” Al Ahly website reports.

Miquissone had  a stint at Mamelodi Sundowns in South Africa, then under the tutelage of Mosimane, but struggled for game-time before he rediscovered his spark in Tanzania.

He recently played for Mozambique in the home 0-0 draw with Ivory Coast and 1-0 away loss to Malawi in the World Cup qualifiers.

Miquissone is now focusing on new life at Al Ahly who resumed training on Sunday ahead of the Egyptian Super Cup match against Tala’ea El Gaish on 21 September.