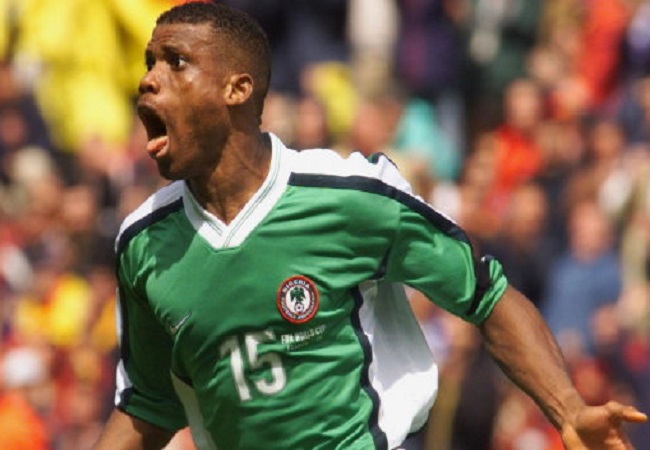 FIFA has congratulated former Super Eagles and Ajax star Sunday Oliseh on his special day. The world football governing body took to their social media account to celebrate Oliseh as he turns 47 on Tuesday.

Oliseh was one of Nigeria’s most distinguished players. The 47-year-old made his debut for the Super Eagles in an Africa Cup of Nations qualifiers against Ethiopia in 1993.

A year later, he played a key role in Nigeria’s Afcon triumph in Tunisia. Oliseh was also part of the Nigerian team that qualified for their first World Cup in 1994, reaching the round of 16.

The former Borussia Dortmund continued to enjoy success on the international stage as he was part of the Dream Team that won gold in the football event of the Atlanta 96 Olympics.

However, Oliseh’s most iconic moment for the Super Eagles came at the France 98 World Cup, where he scored that stunning winner in the thrilling 3-2 win over Spain.

At club level, he started his European sojourn with RC Liège before playing for Reggiana, FC Cologne, Ajax, Juventus, VFL Bochum and Genk, where he retired.

Oliseh moved into management after retiring. He had a brief troublesome spell as the Super Eagles coach before taking up the head coach role at Fortuna Sittard. He almost led the team to the Dutch top.