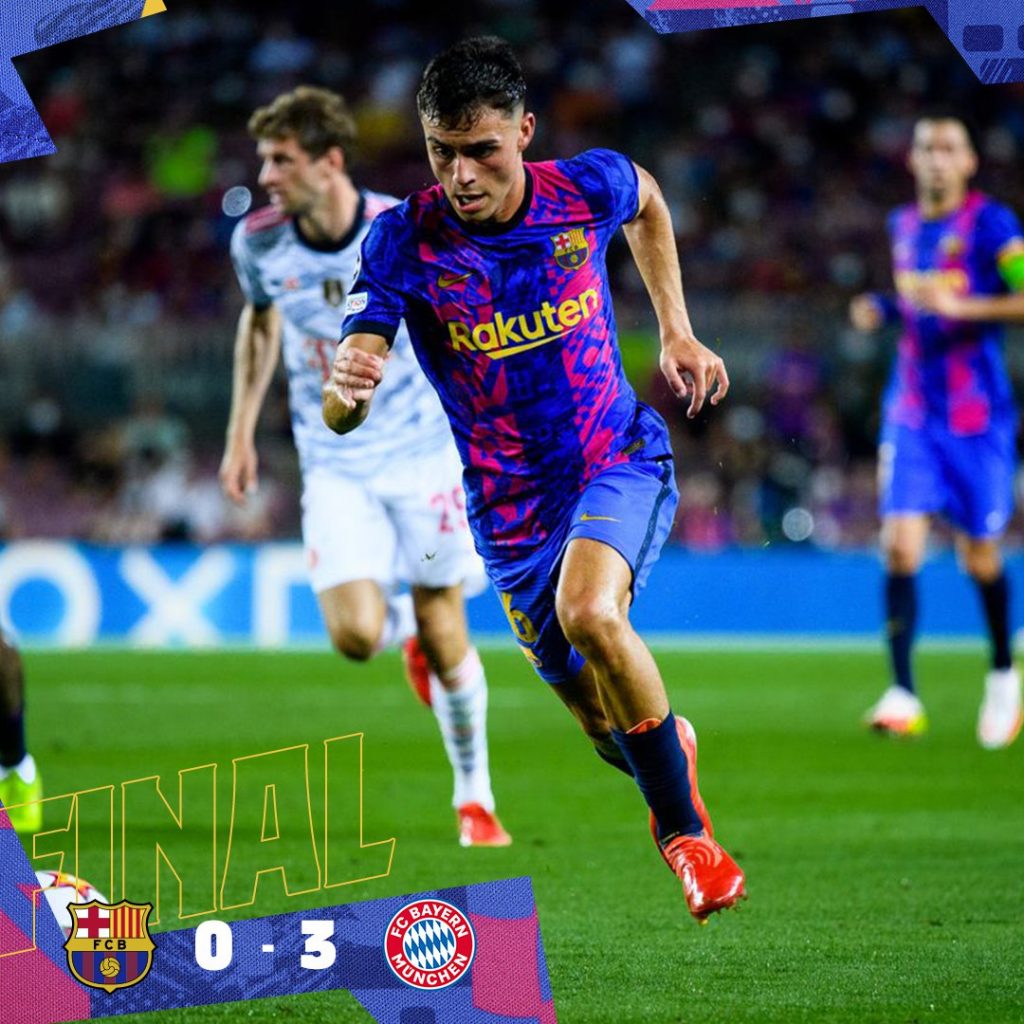 Muller put the German champions ahead with a goal which he scored in the 34th minute at Camp Nou.

The visitors led 1-0 at half-time before the Polish striker bragged his double.

It was the first continental league game for Barcelona since  their talisman Lione Messi left and signed for Paris Saint-Germain in France.

Barcelona had the 8-2 loss to the Bavarians in 2020 at the back of their mind going into thisclash.

In the group’s other game, Dynamo Kyiv drew 0-0 with Benfica in Ukraine also on the same evening.

Kyviv are on second place in the group followed by Benfica, both on one point, whereas Barcelona anchor the table with zero point.