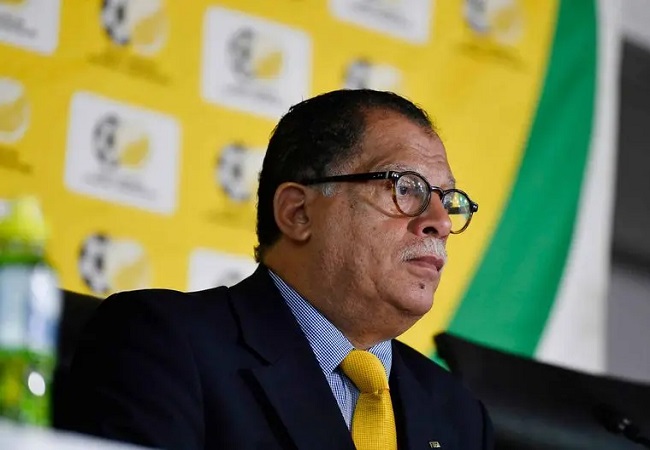 South Africa has expressed interest in hosting the Club World Cup after Japan relinquished the hosting rights because of the Covid-19 pandemic.

South African Football Association (SAFA) president Danny Jordaan confirmed the desire to stage the club competition. But his organisation will require government approval to proceed with a potential bid. South Africa staged the 2010 World Cup as well as the 2013 Africa Cup of Nations.

On Sunday, local authorities eased pandemic restrictions nationwide. And the government is looking at allowing fans to return to sports stadiums. Since the start of the global health pandemic, all sports events in South Africa have been staged behind closed doors.

The Rainbow Nation has been the most affected country in Africa with more than 2.8 million virus cases and more than 84,000 deaths reported, even if infections have slowed down in the past fortnight.

World federation FIFA has been left scrambling to find new organisers after the Japanese withdrew last week amid concerns the tournament would be a catalyst for another spike in coronavirus infections in the country. This summer Japan did stage the Olympic and Paralympic Games despite a record wave of infections driven by the Delta variant.

Also Read : TOKYO OLYMPIC TORCH RELAY GETS OFF IN FUKUSHIMA

Last February, Qatar held the 2020 edition of the Club World Cup, which was won at a canter by then European champions Bayern Munich.

In the future, FIFA wants to expand the competition to 24 teams. China had been due to stage the event this year. But the health pandemic and a lack of funding forced FIFA to postpone. Arsene Wenger’s biennial World Cup plans also leave little room for the competition.