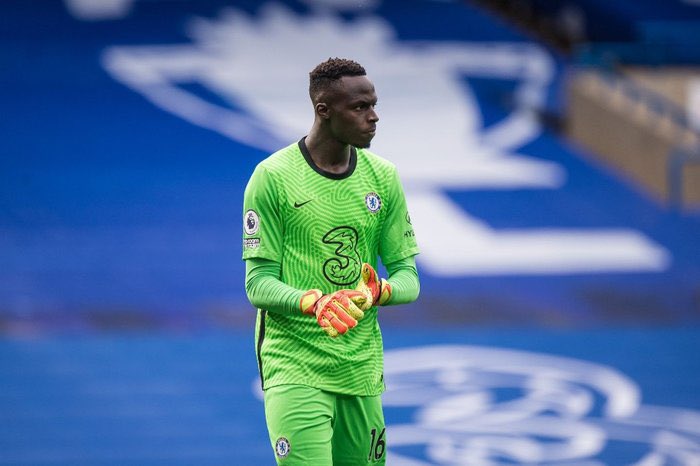 It was also his 50th appearances for Chelsea since he joined the club and has kept 30 cleans sheets for the Blues.

The Senegalese have conceded just three goals in the UEFA Champions League so far.

Before the kick off, Mendy received his UEFA Champions League goalkeeper of the season award from UEFA President, Aleksander Ceferin to the cheers of the Blues supporters.

Chelsea in their fashion bossed the game and they held Zenit to their own half but the visitors defended well but rarely tested Mendy,

An assured performance from the Blues was finally crowned with a spectacular goal from Romeku Lukaku who once again proved the difference for Tuchel’s men.

It was Lukaku’s third goal in two home matches since rejoining the club and was also voted as UEFA Man of the match.

Elsewhere, Juventus put their shambolic Serie A defeat last week behind them gl claim a 3-0 away win against Swedish club, Malmo.

The Bianconerri scored all three goals in the first half through Alex Sandro, Paulo Dybala and Alvaro Morata.

Chelsea next game will be a trip to the Allianz Stadium to trade tackles with Juventus in the second Group H.