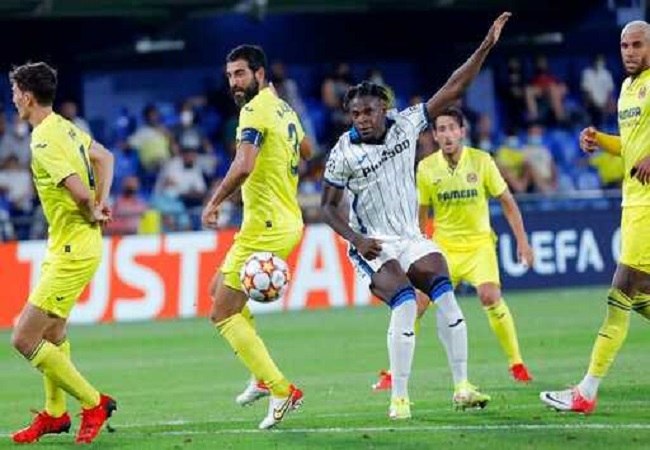 Atalanta held Villarrreal to a 2-2 draw at the start of the Champions League group stage on Tuesday night. The Yellow Submarine was frustrated by Atalanta in its return to the prestigeous competition after a 10-year absence.

The Europa League champions rallied to take the lead in the second half. But they conceded late to fall short of an opening home win.

Robin Gosens equalized in the 83rd minute after Remo Freuler had put the visitors ahead six minutes into the match at La Ceramica Stadium in southeastern Spain. Villarreal got on the board with Manu Trigueros before halftime. And they went ahead with a goal from Arnaut “Danjuma” Groeneveld in the second half.

Villarreal played the final minutes with 10 men as Francis Coquelin was shown a second yellow card for a foul in the 84th, just after Atalanta scored its second goal.

Villarreal is playing in the Champions League for the fourth time, but the first since the 2011-12 season. It made it back by defeating Manchester United in the Europa League final last season. The “Yellow Submarine” was a semifinalist in the Champions League in 2006. And they reached the last eight three years later, being eliminated by Arsenal both times.