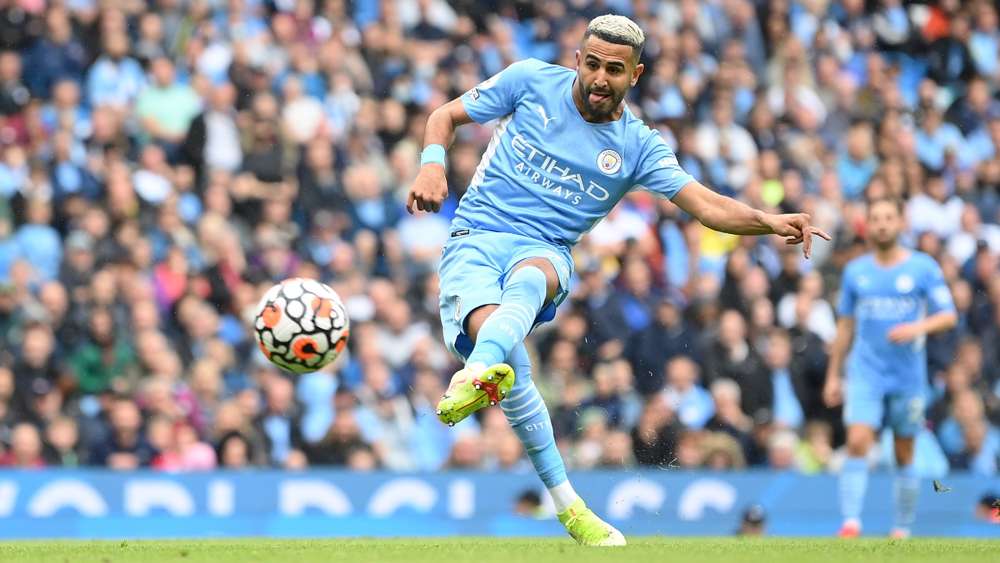 Algerian winger Riyad Mahrez scored for Manchester City as they thrashed Leipzig 6-3 in a nine-goal thriller played at the Etihad Stadium on Wednesday evening.

The English Premier League champions had a dream start to the Group A Uefa Champions League game which saw the visitors’ striker Christopher Nkuku bag a hat-trick.

Defender Nathan Ake scored the first goal for the English Premier League champions after 16 minutes into the first half.

One goal soon became two for the hosts after an own goal from the visitors player Nordi Mukiele.

However, Leipzig hit back with Nkuku reducing the deficit with three minutes to the end of the first half.

In added time of the first-half, Mahrez extended City’s lead from the penalty spot. City led 3-1 at half-time.

In the second-half, Nkuku claimed his double of the night after scoring in the 51st minute only for Jack Grealish to respond with a goal for City six minutes later.

In the 73rd minute, Nkuku claimed his hat-trick after scoring once again past Ederson before defender Joao Cancelo netted for the hosts.

The visitors were reduced to 10 men after City’s former wing back Angelino received a red card.

City finally scored their last goal of the game through Gabriel Jesus in the 83rd minute to go top of the group A on three points.

PSG and Clube Brugge are on second and third places with one point each after their 1-1 draw.

The Pep Guardiola and his men are enjoying form in the Premier League having defeated Leicester City 1-0 to make three wins in four games.

City lost in the final 1-0 to Chelsea last season and they are determined to get one better.

Leipzig went into the match while smarting from a 4-1 loss to Bundesliga champions Bayern Munich.