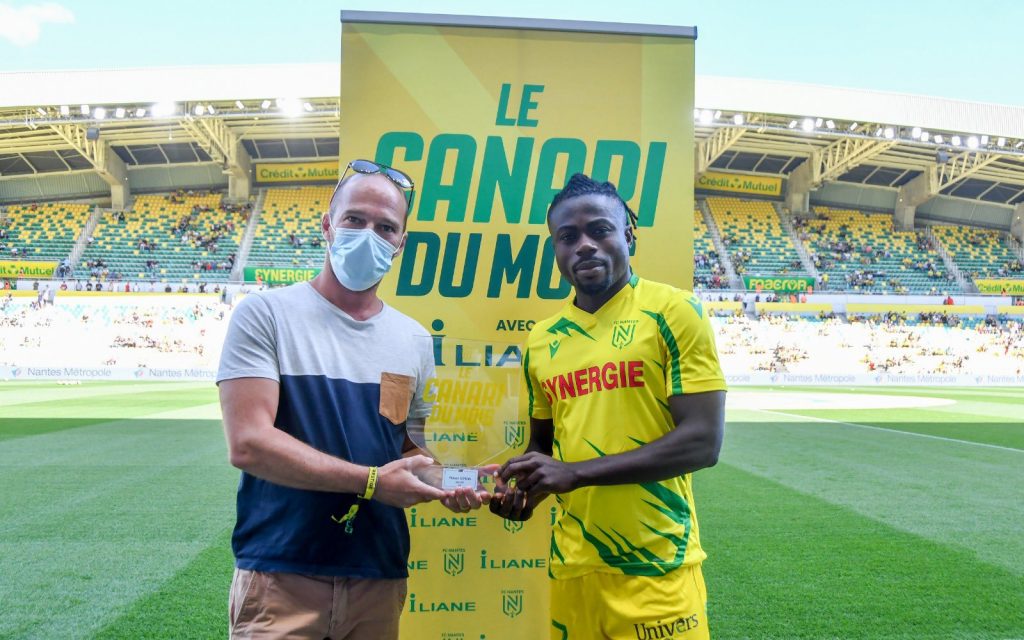 The 26-year old ahs been the most valuable player of Antoine Kombouaré’s squad last month.

Simon recorded 3 assists in 4 appearances with the Canaris in August namely one against AS Monaco as they forced them to a 1-1 draw and a double assist to power his side to a 2-0 win over FC Metz.

The former Levante scorer has now took on to his Twitter account to thank fans who voted him as their Player of the Month.

“It is difficult when you lose but is part of the game…we keep working hard and focus on the next games. Thanks to the fans for voting me as the player of the month, it is always an honour”, Moses Simon wrote.