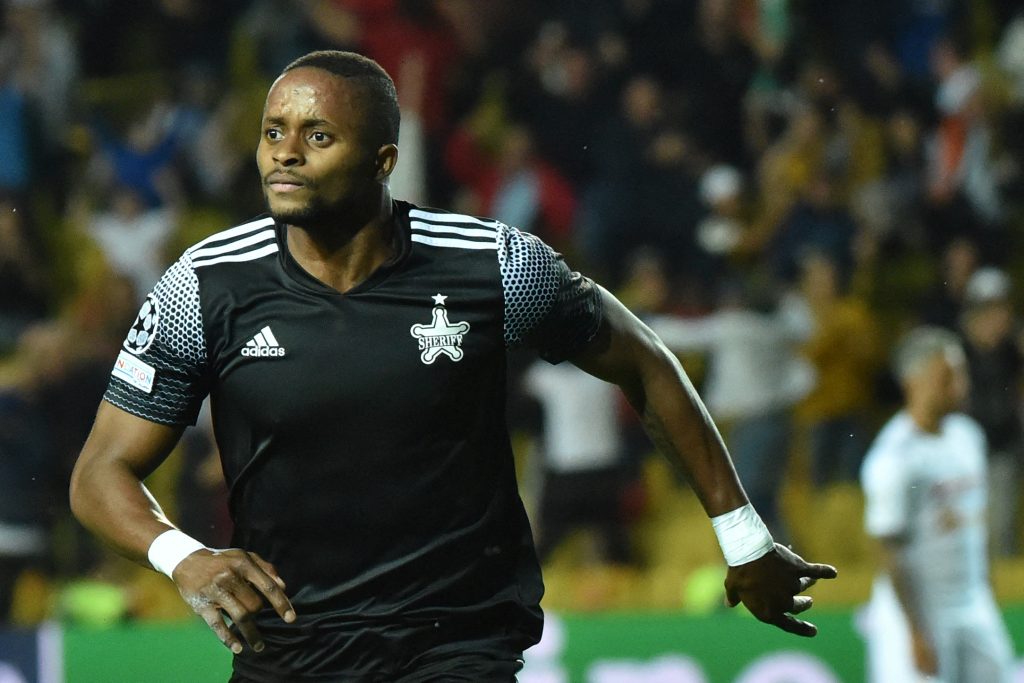 Traore who joined Sheriff February this year, made his Champions League debut with Sheriff also who are playing in Europ elite club competition for the first time.

Although it was not an easy game for Traore and his teammates who were pinned to their half by the visitors.

However, their counter attack method punished Shakhtar who left their defence unguarded.

Traore became the first player to score a Champions League goal for the club as he broke the deadlock in the 16th minute to give the host a 1-0 lead.

Shakhtar got a corner kick in the 13 minutes which Sherriff capitalized on with a quick counter that saw Traore finished excellently well from a Cristiano’s assist.

The hosts again went on another counter and it was Cristiano that also found Momo Yansane and turned up another assist for the second goal in the 62nd minute.

Despite having more of the ball that culminated in 17 corners and more shots on target, Shakthar could not stop Sheriff from claiming their first win in their first appearance.