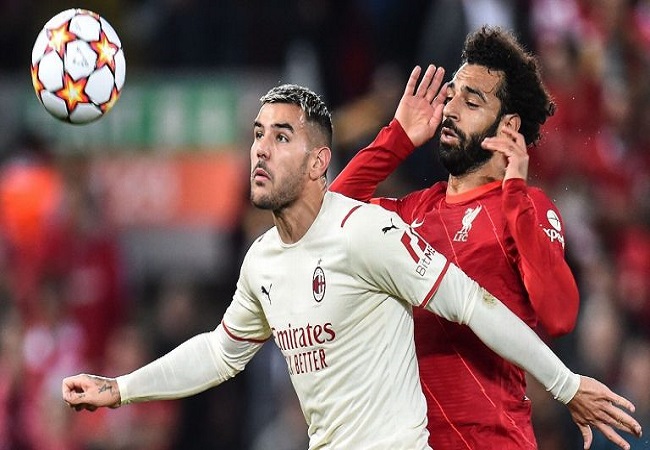 Liverpool came back from the match against Milan to start their career in this Champions League with a triumph (3-2).

The ‘Reds’, who went from 1-0 to 1-2, after Tomori’s own goal and a penalty missed by Mohamed Salah, in a crazy 180 seconds before the break, caged all three points in the second half, when Salah and Henderson did justice at Anfield.

The big game on Wednesday night started very uneven, with the push of an audience that returned to listen to the music of the ‘Champions’ at Anfield a year and a half later, since Atlético de Madrid eliminated them two editions ago.

Liverpool, much more team than Milan, swept the Italians for half an hour. He handcuffed them by showing insulting superiority for what was once a classic of European football. Trent Alexander-Arnold made the first wound. A wall down the right wing with Salah culminating in a cross that bounced off Tomori and passed over Maignan.

A landslide was looming and Liverpool sighted the second when Bennacer brushed a shot from Robertson with his hand. The referee pointed to the penalty spot and Salah was stamped. Too much power and too little positioning for the Egyptian, who fired too focused and caught up with Maignan. Nor could Robertson in the plate to reject.

Milan escaped alive, who did practically nothing until the last three minutes of the first half. In just 180 seconds Liverpool spoiled their entire advantage. First Rebic, who took advantage of a failure in Joe Gomez’s mark, who threw the offside late, to beat Alisson under, and later again the Croatian, winning Alexander-Arnold’s back, and giving him the pass from death to Alexis Saelemaekers. The Belgian was shot by Robertson at the goal line, but left the ball soft for Brahim to push.

Without knowing how, Liverpool had gotten into trouble. The luck for them is that they were able to reflect during the break and go out to eat those of Pipo Inzaghi. The expected siege was just as the thousands of Anfield souls expected. It could not be otherwise.

Salah, Jota, Origi, Keita. They all tried without success until the Belgian striker, starting in place of Mané, threw a filtered pass over the Italian defense line so that Salah was alone against the goalkeeper and defined in an acrobatic way.

Anfield was leaning towards Maignan’s goal, it was a matter of time before the third came and Jota forced it, with a shot to a corner that led to the 3-2 play. Alexander-Arnold corner kick, clearance by the milanistas at the near post and in the front, to bounce soon, Henderson hooked it to the net.

Although Milan tried in the final minutes, in which Maldini’s son Daniel had time to make his debut, Liverpool tied the points at home and now leads Group B, above Atlético de Madrid and Porto.

In the group B other game, Porto have a point from the first round of the UEFA Champions League following their impressive goalless draw against Atletico Madrid at the Estadio Metropolitano – Madrid on Wednesday night.

Nigeria international Zaidu Sanusi, who has found game time hard to come by in the new season, was handed a surprise start against Los Colchoneros, his first in five matches across all competitions.

Slotting in at left-back, Sanusi was on parade for 45 minutes before making way for Wendell, the summer signing from Bayer Leverkusen.

The Super Eagle was walking a disciplinary tightrope after he was cautioned in the 21st minute for a rough foul on Koke.

Porto, with Sanusi on the pitch, were ambitious in the opening 30 minutes but played in patches after that.

The Portuguese side managed to create a dangerous move when Díaz’s pass found Zaidu on the left but the Nigerian was slow to attack the ball, allowing Kondogbia to block the shot.

Porto central defender Mbemba was dismissed for a foul on Griezmann with almost the last kick of the game.

Sanusi and Porto welcome Premier League club Liverpool to the Estádio Do Dragão in their next Champions League game on September 28.