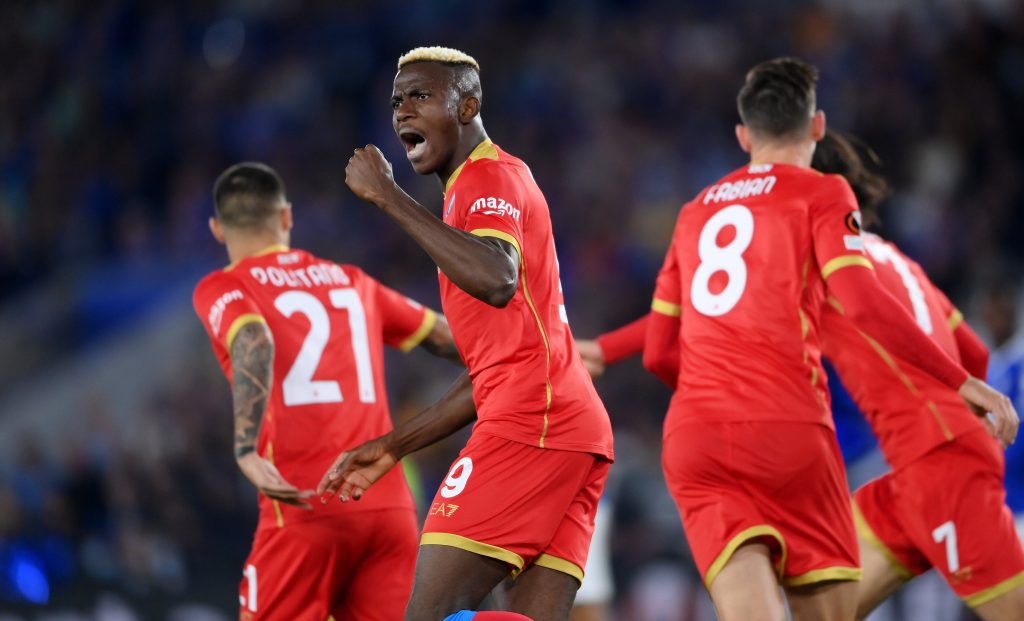 Osimhen returned to action for Napoli in the Europa League for the first time as he is serving match ban for red card.

A dogged fight from Napoli saw them fought from 2-0 to share the points with Leicester Citu at the King Power Stadium.

The Nigerian forward lead the attack against his Super Eagles teammates of Kelechi Iheanacho and Wilfred Ndidi.

Iheanacho was selected ahead of Jamie Vardy to lead the attack for Leicester City while Ndidi also retained his starting place.

Leicester City scored an early goal in the 9th minute through Ayoze Perez from an Harvey Barnes assist.

Despite trailing, Napoli did not just set back but began to push for the equalizer but could not get it.

In the 64th minute, Iheanacho turned in an assist for Barnes to double the lead for the host.

Five minutes later, Osimhem reduced the deficit for Napoli, which gave them the courage of a possible equalizer.

With three minutes left for the Foxes to pocket the three points, Osimhen did the unthinkable as he levelled for the Serie A side to silence the hosts supporters.

However, it could not be achieved as Leicester City had to complete the five minutes of added time with 10-man after Ndidi was sent off a for second bootable offence.