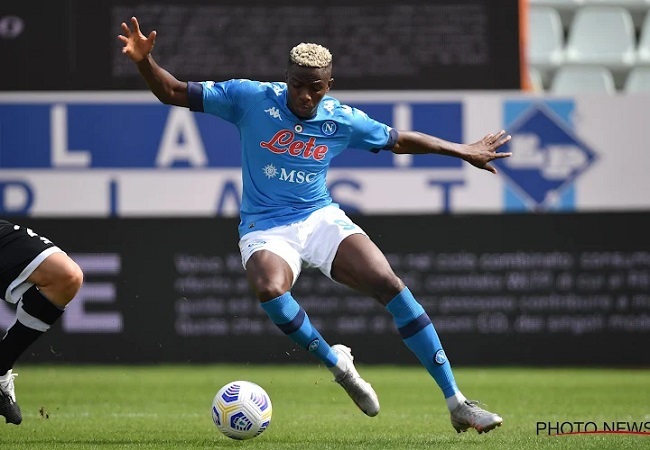 Super Eagles star Victor Osimhen and two other Napoli players have been cleared for the Europa League clash against Leicester City at the King Power Stadium on Thursday Night. The Nigerian international was initially a doubt for the huge clash against the Foxes. But he is now set to feature.

Osimhen, alongside David Ospina and Amir Rrahmani, were initially doubts for the match as they’ve all travelled to the UK’s red list countries in the last ten days.

Osimhen was part of the Nigerian squad that beat Cape Verde in Mindelo in a 2022 World Cup qualifier last Tuesday, 7th September.

Cape Verde is one of the countries on the UK’s coronavirus red list. And as per the government rules, anyone that has been to a red list country and travelling to the UK must quarantine for ten days or must have stayed ten days in a country on the amber or green list.

While Italy is not on the UK’s red list, it’s only been eight days since Osimhen returned from Cape Verde. And that would’ve ruled him out of Thursday’s clash.

However, according to CalcioNapoli24, UEFA has reached an agreement with the UK to allow the players to enter the country without the need to quarantine.

As a result, Napoli have now included the 22-year-old in the travelling squad for the clash. Osimhen will hope to open his account for the season when Gli Azzurri take on the Foxes.

The match will also see Osimhen come up against his international teammates, Wilfred Ndidi and Kelechi Iheanacho.