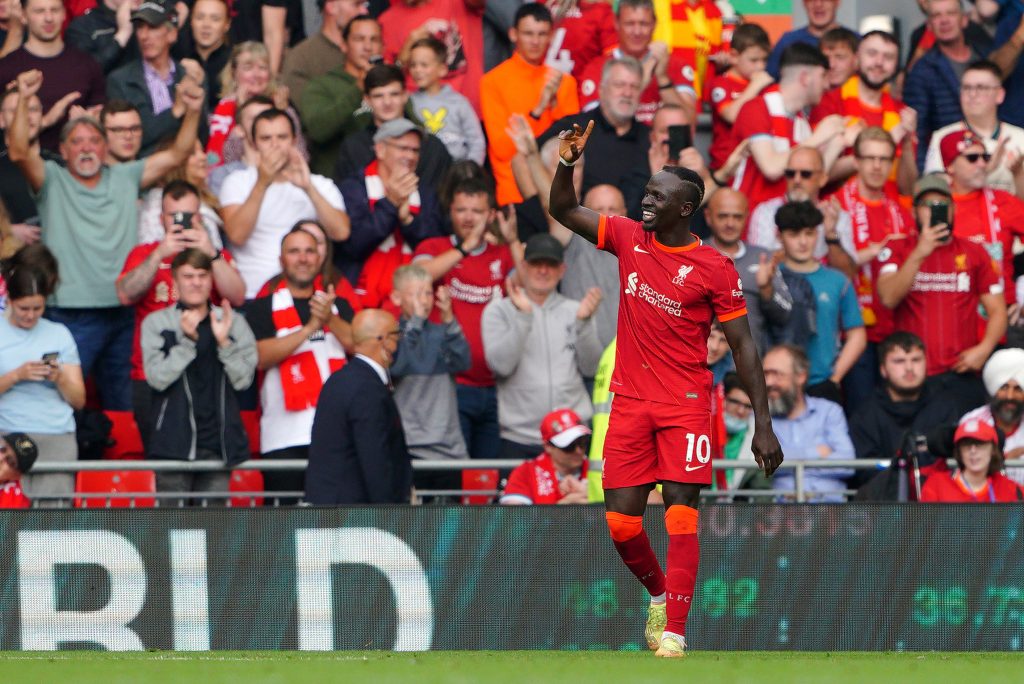 Sadio Mané has joined the league of players  to reach a 100th goal hallmark after he scored in Liverpool 3-0 victory against Crystal Palace at Anfield.

The Senegalese broke the deadlock in the 43rd minute after many attempts by the Reds to take the lead against a resilience Crystal Palace side.

It was a milestone for Mane who has now scored 10 goals against Crystal Palace, his most against a single opponent since he joined Liverpool.

Crystal Palace goalkeeper, Guaita had done well to reach Salah’s glancing header from a Tsimikas corner, but Mane reacted quickest to convert the loose ball to hit three figures and notch for a record-breaking ninth game in a row against the Eagles.

However, it was Mohamed Salah who stole went home with Man of The Match as he scored Liverpool’s second goal of the game.

Van Dijk challenged for Tsimikas’ corner and the ball dropped kindly to the Egyptian, who unerringly smashed home a back-post volley prior to ripping off his shirt in celebration in front of an ecstatic Kop.

Guinean midfielder, Naby Keita resonated an Eric Cantona memory as he scored a volley to make it 3-0.

The No.8 meeting Salah’s cleared corner with a left-footed volley of technical perfection .