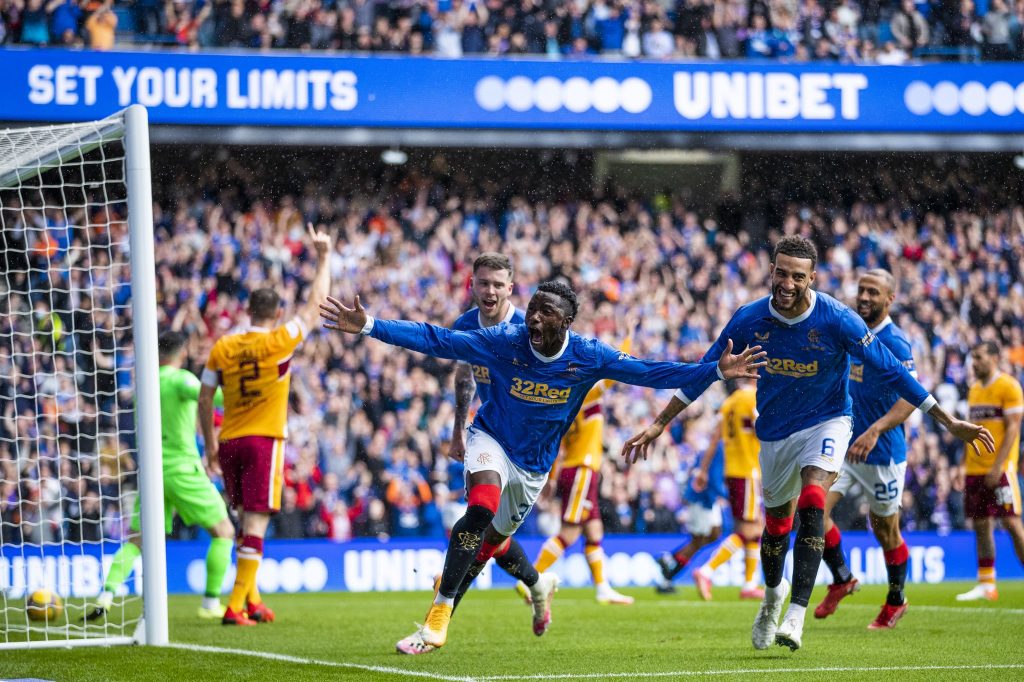 Rangers FC boss Steven Gerrard has said Fashion Sakala ‘looks lively, dangerous and ready’ after the Zambian striker scored his first official goal for the Scottish Premiership giants on Sunday in the 1-1 draw with Motherwell.

“He looked ready, he looked lively and he had another great effort. He looked dangerous throughout but we need back up, we need other people to put the game to bed at 1-0,  if you don’t defend well, you leave yourself vulnerable,” Gerrard told Rangers TV.

Rangers thought they had won it when Sakala, signed from Oostende in Belgium last season, scored the opener, only for Kaiyne Woolery to level matters for Motherwell.

Gerrard said his side could have done better.

“It’s two points dropped. Box to box we played some outstanding stuff and we got there on numerous occasions, but our last pass, our final cross and taking our chances just wasn’t there today.

“That for me was a three, four-nil game. When you don’t get the second or third goal you leave yourself vulnerable at the back. We haven’t defended one situation well in the second half and we’ve paid for that,” the Liverpool legend said.

Rangers have 13 points from six games, one point ahead of Hibernian whereas Dundee anchor the 12-member log table.

Sakala has since vowed to keep working hard to help the Scottish giants realise their title dreams this campaign.

In reaction after the game, Sakala tweeted: “We did not get the 3 points today but we will keep working hard to get the best results. Thank you to all the fans for your support today.”

Sakala, Patson Daka of Leicester City and Brighton and Hove Albion’s Enock Mwepu are among the new generation of players that carry the hopes of Zambia in the World Cup qualifiers for Africa.