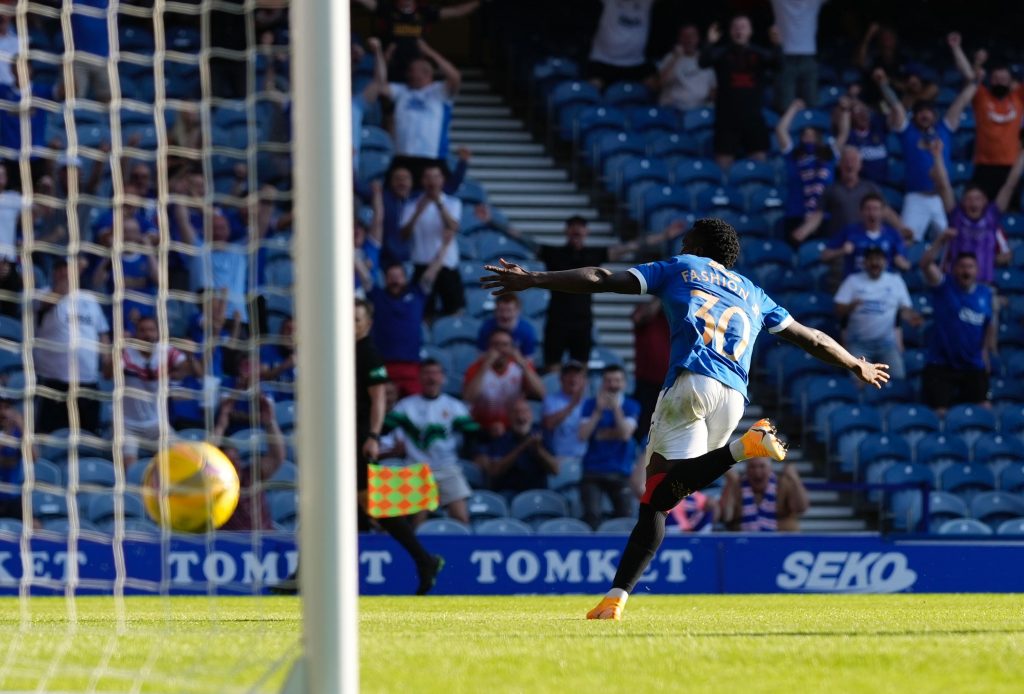 Zambian striker Fashion Sakala has said he has adapted to switching positions at Rangers FC and he is even ready to play as a winger for the Scottish club football gurus.

He spoke to the media on Tuesday morning ahead of Wednesday’s Premier Sports Cup game between Rangers and Livingston.

“I am a striker and that is my position but looking at how we play here, this is something that the squad is doing. Here the front-three will always change positions,” he said.

Sakala was responding to a question from a reporter over why he seems to change positions in the front-three.

“I can also play as a winger. I don’t have a problem. I think to play as a main striker or a winger both positions are okay with me. I am not affected,” he added.

The Zambian is oozing with confidence after scoring his first official goal for Rangers when they drew 1-1 with Motherwell in a league match played on Sunday at Ibrox Stadium.

Reflecting on the goal, he said: “After scoring, I gained my confidence [but] unfortunately, we drew at Ibrox and it is like a loss for us.”

Sakala signed for Oostende in Belgium but spent the early start of his career at Rangers down with an injury then Covid-19.

Now, he said he is “very happy. I am back to full fitness and I think I have a lot to offer to the club.”

Sakala, Patson Daka of Leicester City and Brighton and Hove Albion’s Enock Mwepu are among the new generation of players that carry the hopes of Zambia in the World Cup qualifiers for Africa.