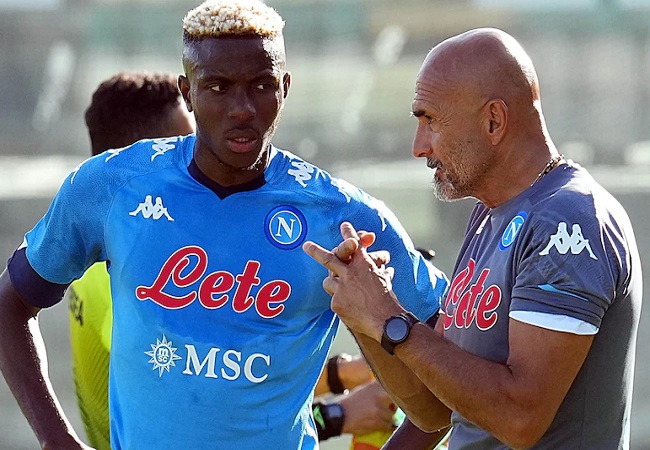 Napoli coach Luciano Spalletti has revealed that Nigerian striker Victor Osimhen still has one thing lacking in his game. He explained that the Nigerian international lacks the ability to operate in tight situations.

The former Lille star is in brilliant form for the Neapolitans following a disappointing start to the campaign, which saw him receive a red card against Venezia.

The 22-year has put the disappointment behind him as he has scored four goals in his last four appearances for both club and country.

He also affirmed his quality on Monday as he poked in a lob from Insigne to score the opener in Napoli’s 4-0 demolition of Udinese in the Serie A.

However, whilst Spalletti praised Osimhen for his efforts, he feels that the former U-17 star still needs to improve.

“We have quality in attack.” Spalletti told DAZN.

“Osimhen is really strong, he lacks quality in tight spaces. But it’s hard to catch him in open spaces.”

Nevertheless, the former Lille man will take solace in the fact that he is just 22 years old. And with age on his side, he still has enough room for improvement.