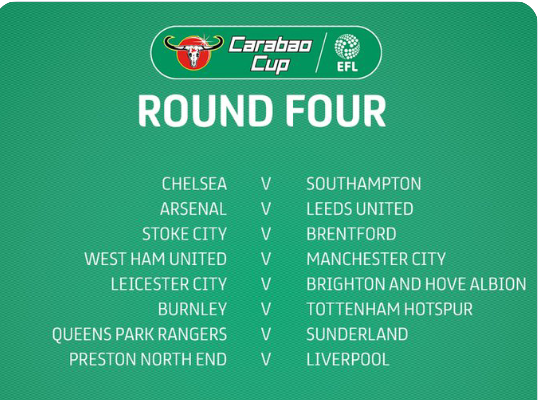 Manchester City will play against West Ham United in for round four of the Carabao Cup after the draws were held on Wednesday night.

The draws was made Harry Redknapp and Micah Richards at Potton Bowls Club in Sandy, Bedfordshire.

The fixtures for round four was confirmed following the conclusion of the third round games that saw West Ham United knocked out Manchester United at Old Trafford.

Liverpool were handed an easy draw as they will travel to play against Preston North End.

Chelsea will be up at home again when they host Southampton at Stamford Bridge following the Blues 4-3 penalty shootout against Aston Villa.

The round four ties which will also be a one-legged game will be played during week commencing 25 October 2021.