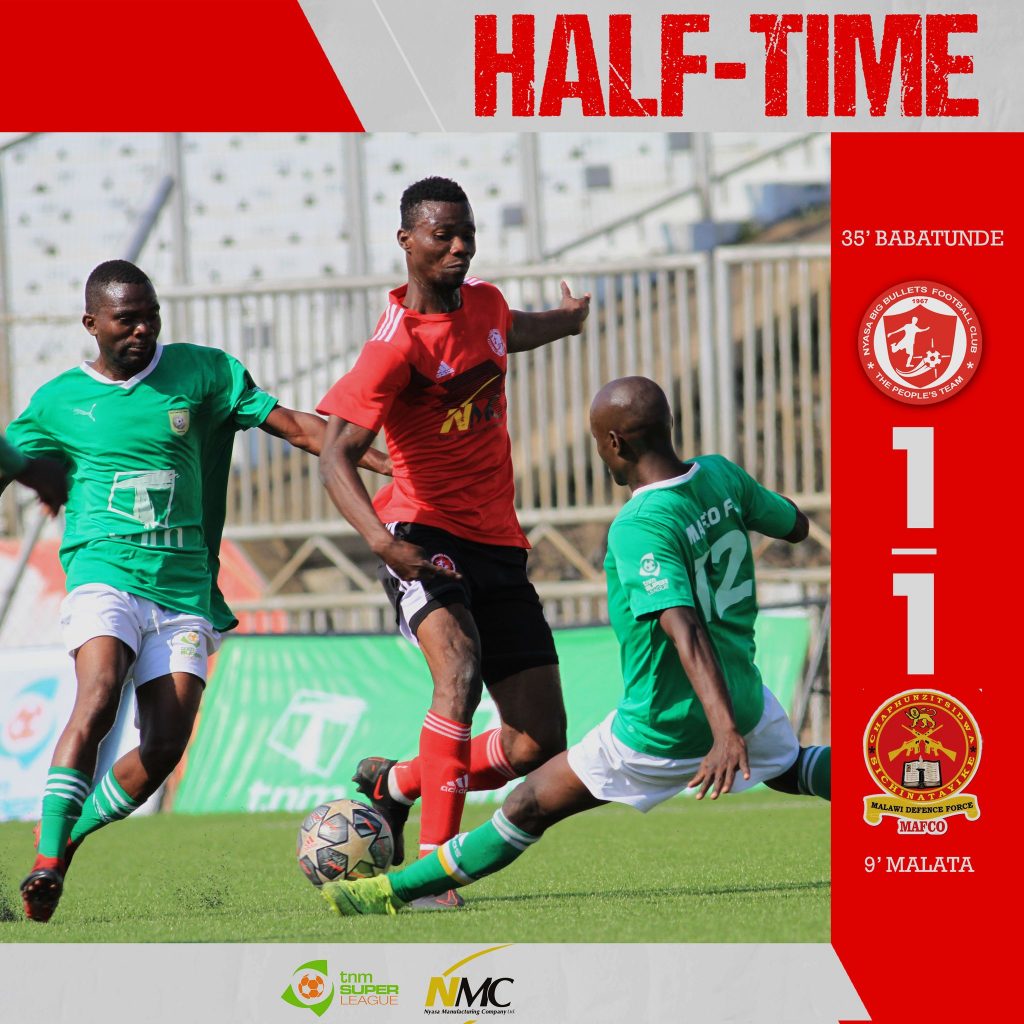 Bullets saw their three-point cushion over Silver shrink after a 1-1 draw against Mafco on Wednesday afternoon at Kamuzu Stadium in Blantyre whereas Silver responded by beating Ntopwa 3-0 on the same afternoon in Lilongwe.

Defender Stain Malata put Mafco ahead with a header from a corner kick in the 10th minute before Nigerian frontman Babatunde Adepoju equalised for Bullets in the 35th minute.

Bullets lead the16-member log table with 56 points from 27 games whereas Silver moved to 55 points from 28 games following their win over the relegation-bound Ntopwa.

The Dan Kabwe-coached Silver finish the season by playing against Ekwendeni Hammers and Moyale Barracks whereas Bullets face Be Forward Wanderers, Karonga United and Kamuzu Barracks.

Bullets have a tougher run-in considering that teams such as Wanderers, who they meet on Sunday, are also in the title race after they edged Mighty Tigers 1-0 via defender Peter Cholopi’s goal on Wednesday to make it 48 points from 26 games.

Bullets coach Kalisto made five changes to the starting XI that lost 3-1 to AmaZulu in the CAF Champions League preliminary round second leg match in Lilongwe.

However, the changes had a little impact on Pasuwa who is chasing a third straight league title in his reign at Bullets and make it seven on the trot from his time back home in Zimbabwe.