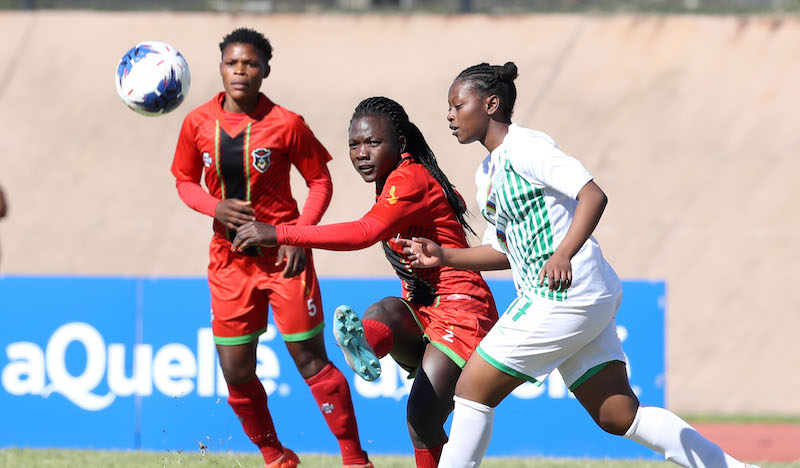 Football Association of Malawi (FAM) confirmed on its website the arrival in camp at Mpira Village in Blantyre of Lusaka Dynamos FC’s defenders Patricia Nyirenda and Chimwemwe Madise on Tuesday.

The defenders have made it a full-house for Malawi who have stepped up training ahead of the Cosafa Championship which South Africa will host from September 28 to October 9 at Port Elizabeth.

Nyirenda told FAM website that she was ready to contribute to the success of the Scorchers who are in pool A of the tournament alongside Banyana Banyana, Mozambique and Angola.

“It feels great to be back home. I am ready to help the team,” Nyirenda is quoted saying.

Malawi achieved their best performance at last year’s edition of the tournament by reaching the semifinals only to lose to South Africa.

This year, Malawi should be wary of the holders South Africa who are fresh from Nigeria where they won the Aisha Buhari Cup after beating the Super Falcons 4-2 on Tuesday.

Banyana Banyana coach Desiree Ellis has since switched her focus to the Cosafa Championship.

“Tomorrow is a new focus, it is the COSAFA Women’s Championship, and we will take the lessons we have learnt here, especially the players we have going to the COSAFA tournament, to grow that group again,” Ellis told Cosafa website.

This year, each of the group winners and overall best runners up will proceed to the semifinals.