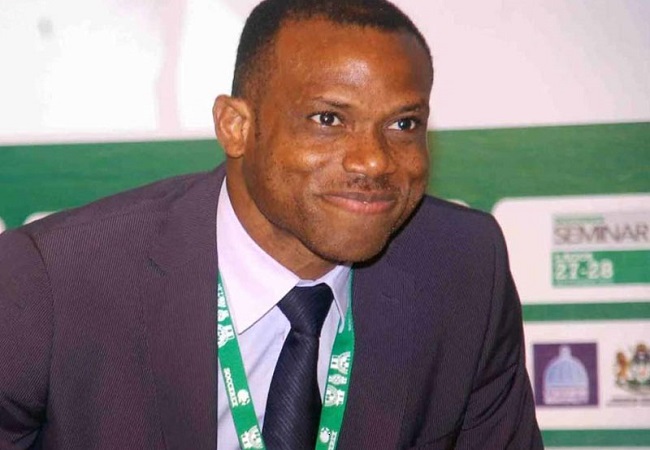 Former Super Eagles Head Coach, Sunday Oliseh, has expressed his excitement at the chance given to him to serve Nigeria again. This followed his inclusion in the 17-man Committee constituted last week to draw a 10-year road map for the country’s football.

The Federal Ministry of Youth and Sports Development last week listed the former Nigerian Captain the 17-man committee constituted on the directives of President Muhammadu Buhari for a ten-year developmental roadmap for Nigerian football.

President Buhari had informed a delegation from FIFA led by its President Gianni Infantino that visited him in Abuja last week that the committee was a reflective of the government’s drive to continue to provide a conducive environment for the growth of the game in Nigeria.

Yesterday, in a social media post, the ex international wrote about how pleased he was to be part of such an important assignment.

“Pleased to confirm that I have accepted the gracious invitation by our Fatherland’s President Buhari’s charge, in the company of 16 top compatriots, via our Sports Ministry, to produce a Ten-year football development masterplan for dear Nigeria. Honoured to serve Nigeria once again.” Concludes Oliseh whose goal against Spain at France ’98 World Cup remains evergreen in the minds of Nigerian football aficionados.