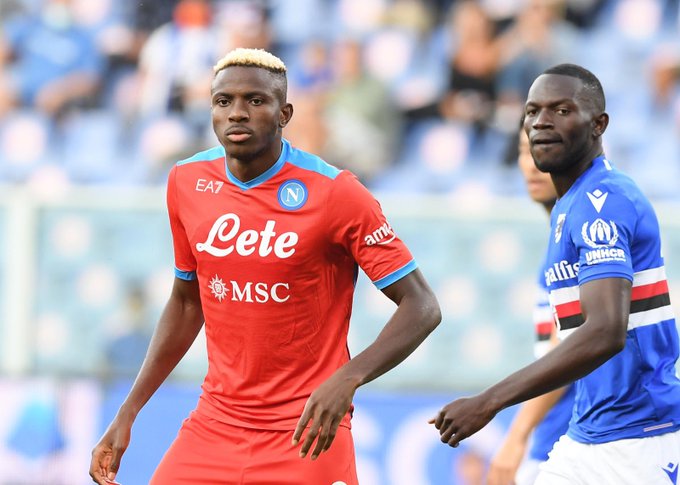 Victor Osimher continued his excellent goalscoring form as he netted a brace in Napoli‘s 4-0 away win against Sampdoria at the Stadio Luigi Ferraris on Thursday night.

Osimhen who had scored his first Serie A  goal last week against Udinese was on target as Napoli held firmly to the Seria A table.

The Super Eagles forward broke the deadlock for Napoli just 10 minutes to the first from a Lorenzo Insigne’s assist.

Insigne doubled his assist in the 39th minute as he turned in another assist for Fabian to make it 2-0.

Osimhen scored his brace of the game five minutes into the second half this time, it was Hirving Lozano who provided the assist.

Zielinski put an icing to the cake for Napoli scoring in the half-hour mark with a brilliant strike from the center of the box to the bottom right corner to make it 4-0.