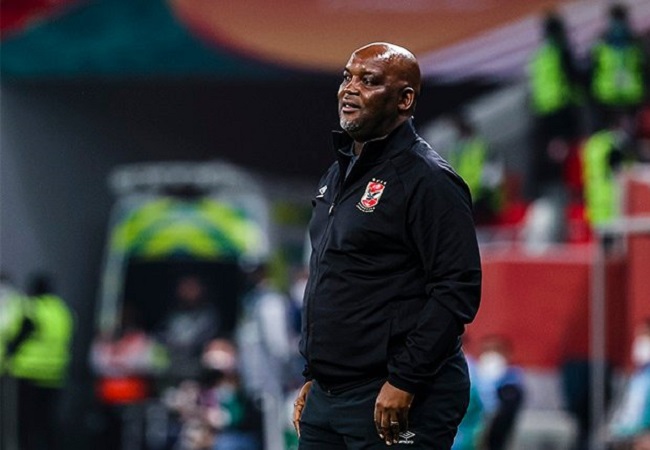 Al Ahly have seemingly provided an update on Pitso Mosimane’s immediate future at the Egyptian giants!

Pitso Mosimane has been under immense scrutiny after failing to win the Egyptian Super Cup. However, the club have given him their backing, for the immediate future at least.

Al Ahly went down in penalties following a goalless draw in the Egyptian Super Cup earlier this week against a less fancied El Gaish side. This came just weeks after rivals Zamalek beat Al Ahly to the Egyptian Premier League title.

Pitso Mosimane’s future at the club had become a hot topic of late. However, the ‘Club of the century’ have put any ideas of sacking the three-time CAF Champions League winning coach to bed.

‘In Jingles, we trust.’ Read a tweet by the club which included an image saying, ‘We trust you.’

While Pitso Mosimane’s job may be safe for the time being, Al Ahly made their intentions clear on the need for winning titles by fining players and staff members following the side’s Super Cup loss.