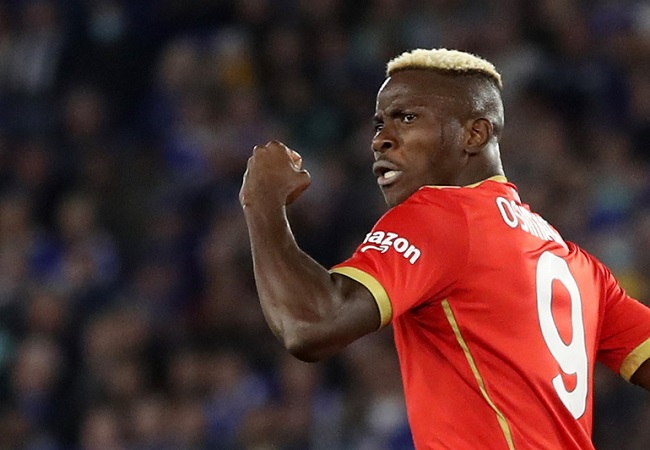 The Super Eagles striker has been named in the Italian Serie A Team of the Week following his outstanding performance in Napoli’s 4-0 rout of Sampdoria on Thursday.

The Nigeria national teamer is one of six Napoli players included in the ceremonial eleven for game week five. The others being goalkeeper David Ospina, left-back Mário Rui, midfielders Fabián Ruiz, Piotr Zieliński and Lorenzo Insigne.

Osimhen was in brilliant form against Sampdoria, opening the scoring in the tenth minute. And he got his brace five minutes into the second half.

In a 4-4-2 formation, the Napoli number 9 is partnered in attack by Verona’s Nikola Kalinic.

Against Sampdoria, the Super Eagle finished with a joint team-high four shots with three on target. He made one key pass, won a foul for his team while winning one aerial duel.

Osimhen touched the ball 30 times. And he was accurate in 68.8 percent of his passes.

Simeon Tochukwu Nwankwo (Salernitana), Tyronne Ebuehi, David Okereke (both Venezia), Ola Aina (Torino) and Destiny Udogie (Udinese) were the other players of Nigerian descent in action for their respective clubs in the latest round of matches in the Italian top-flight.