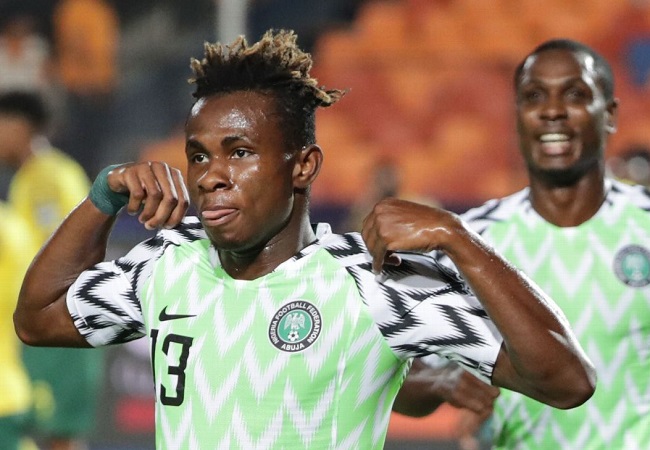 Super Eagles head coach Gernot Rohr is reportdely facing a big selection decision ahead of the upcoming 2022 World Cup qualifiers against Central African Republic. And it has to do with Samuel Chukwueze.

The Super Eagles manager will be delighted with news that Chukwueze resumed full training with at Villarreal this week.

However, the winger is lacking match fitness. And he has not been selected by Unai Emery for the La Liga clash against Real Madrid at the Santiago Bernabéu on Saturday night.

Villarreal have two more games before the international break, a Champions League tie at Manchester United and a home game against Real Betis. And it remains to be seen if the Super Eagles star is deemed fit enough to be involved in some capacity in both matches.

Chukwueze is one of the first names on manager’s Rohr roster. But his lack of match fitness changes that situation as he is unlikely to be in tip-top condition heading into the World Cup qualifiers.

The 22-year-old has not played competitively for the Yellow Submarine since suffering an injury in the second leg of the Europa League semifinal clash against Arsenal in May.

Also Read : VILLARREAL GIVE UPDATE ON SAMUEL CHUKWUEZE AHEAD OF LILIGA TIE TODAY

Rohr is expected to announce his squad list for the back-to-back matches against Central African Republic before the end of this month.