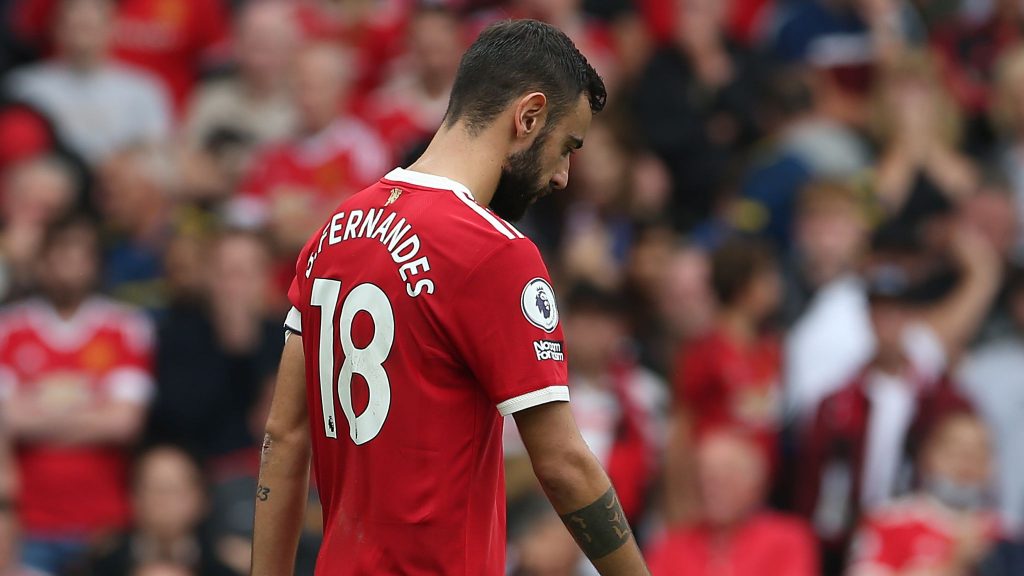 The Portuguese midfielder had the opportunity to snatch a draw for his side on Saturday with a penalty handed Ole Gunnar Solskjaer’s side in the dying minute of the match.

However, Fernandes skied the ball over the crossbar of Emiliano Martinez who was calling for Cristiano Ronaldo to come and take it.

Man United finally lost the game and registered their firs league defeat of the season.

After the game, the former Sporting Lisbon player sent a message to United fans, apologising and reassuring them he’ll take penalties again.

“Nobody is more frustrated and disappointed than me for missing the penalty and the consequent defeat,” Fernandes wrote on his Instagram account.

“I’ve always assumed my responsibilities and I’ve always embraced them under pressure in moments like this. Today, I failed. But I took a step forward and faced the challenge with the same ambition and responsibility as when, on the many other occasions, the ball ended up in the net.

“Criticism and contrasting opinions are a big part of football. I’ve learned to live with it, even using them to drive me on, and I consider it all a very important part of my commitment to never stop trying to improve.

“Today I once again took the responsibility given to me almost since I joined United and I will take it again without any fear or dread whenever called upon.

“Thank you for all your support after the final whistle! Hearing you chanting my name in the stadium was very emotional.

“I will come back stronger for me, because these are the standards I hold myself to, but most of all for my teammates and our fans who have always supported us.”