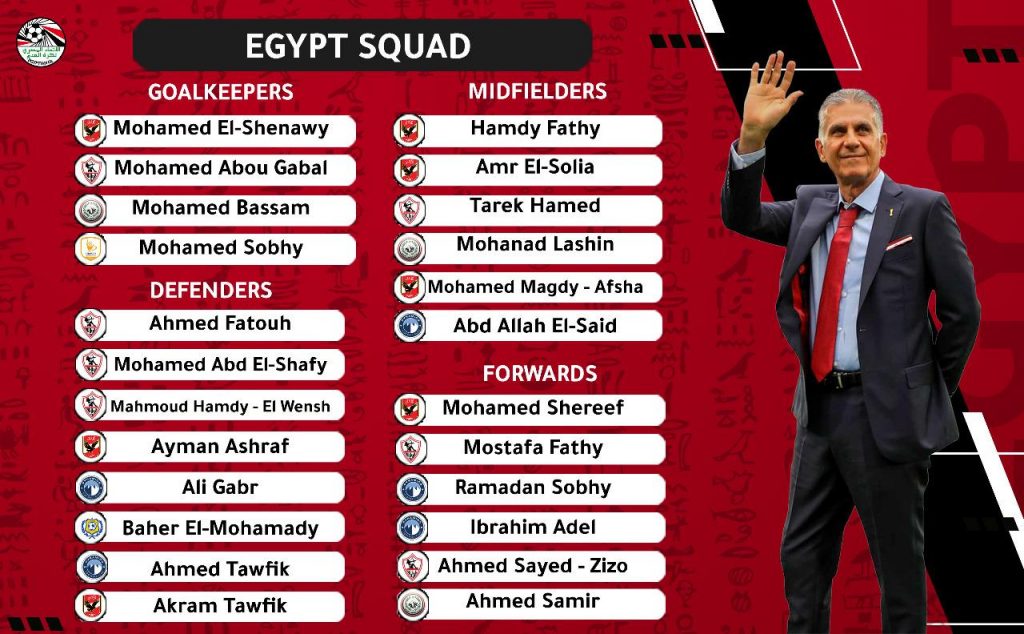 Egypt coach Carlos Queiroz has said he is looking forward to leading the Pharaoh in their quest to reach the 2022 World Cup finals.

“Starting our journey to WC Qatar 2022. Time to fully commit ourselves, staff and players, working, playing and delivering for our Egyptian fans and dreams,” the Portuguese mentor tweeted.

The former South Africa coach said this after releasing a provisional squad for the forthcoming World Cup qualifying match against Libya.

Ahead of the World Cup qualifying game, Egypt will play a friendly against Liberia next week at Borg El Arab on Thursday in what is Queiroz’s first game in charge.

Egypt are in second place in Group F with four points after defeating Angola 1-0 in the first round and drawing 1-1 with Gabon.

Libya lead the group with six points after defeating both Gabon 2-1 and Angola 1-0.

Queiroz has since called up nine foreign-based players for the Libya games, including Liverpool’s Mohamed Salah and Arsenal’s Mohamed El-Neny.

Egypt will take on Libya on October 8 in Benghazi.