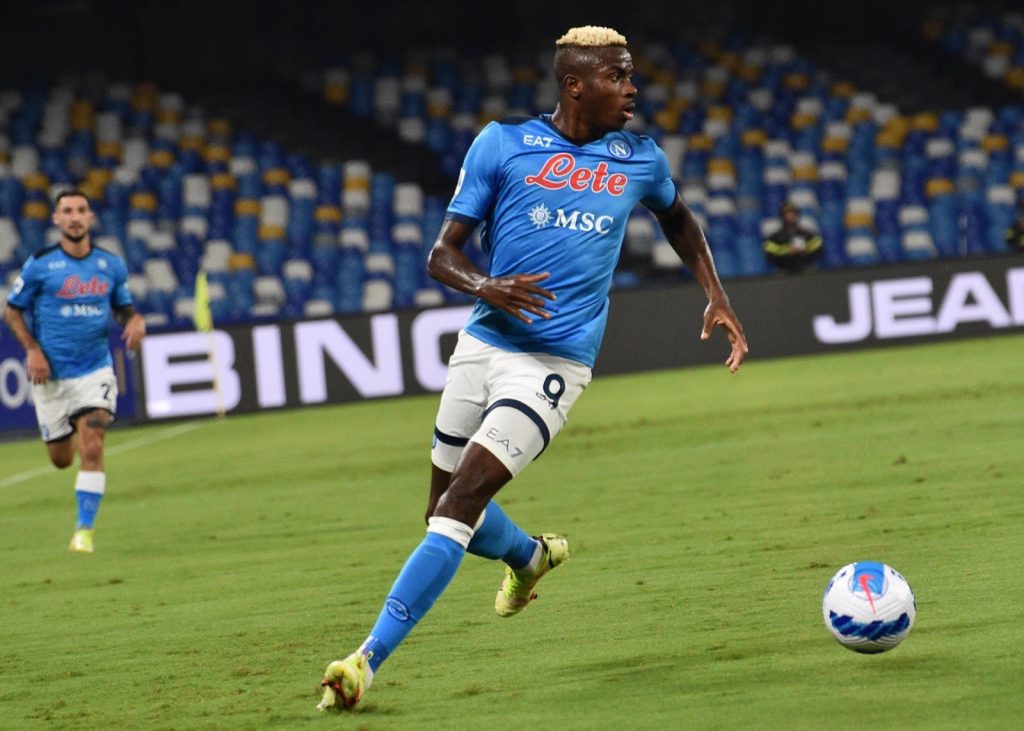 Victor Osimhen continued his impressive goalscoring form since serving suspension as he helped Napoli to a 2-0 win against Cagliari on Sunday.

Osimhen scored the opening goal for Napoli in the 10th minute after Piotr Zielinski beat his marker and squared in the ball for the Super Eagles forward to score.

Read Also: Victor Osimhen In Six Napoli Players In Serie A Team Of The Week

Napoli came back from the dressing room more looking to add to their one goal lead and at the hour mark, Osimhen contributed again by winning a penalty for the Partenopei.

He was brought down by Diego Godin inside the box as the referee wasted no time and pointed to the spot..

Lorenzo Insigne stepped up to end his five-game goal drought and marked his 400th appearances for the Partenopei with a goal.

Napoli has now won their six Serie A games and returned to top of the league table.

Reacting after the game, Napoli manager, Luciano Spalletti said he was satisfied with the result.

Spalletti however, noted that there are still much to be done .

“I am satisfied with the success but we could have closed it earlier” .

“We took the lead immediately, we showed quality to manage the match, but we had to be better at achieving superiority.”

“In these circumstances you never know if a team can find a draw at any time. In the future we will have to be more careful because the challenges are always tricky.”

“There is still a lot to grow. There are wide margins but we have to go a long way.

“The team is aware of the potential but there are competitive opponents around us.

” I repeat that we need to work and stay on track.”