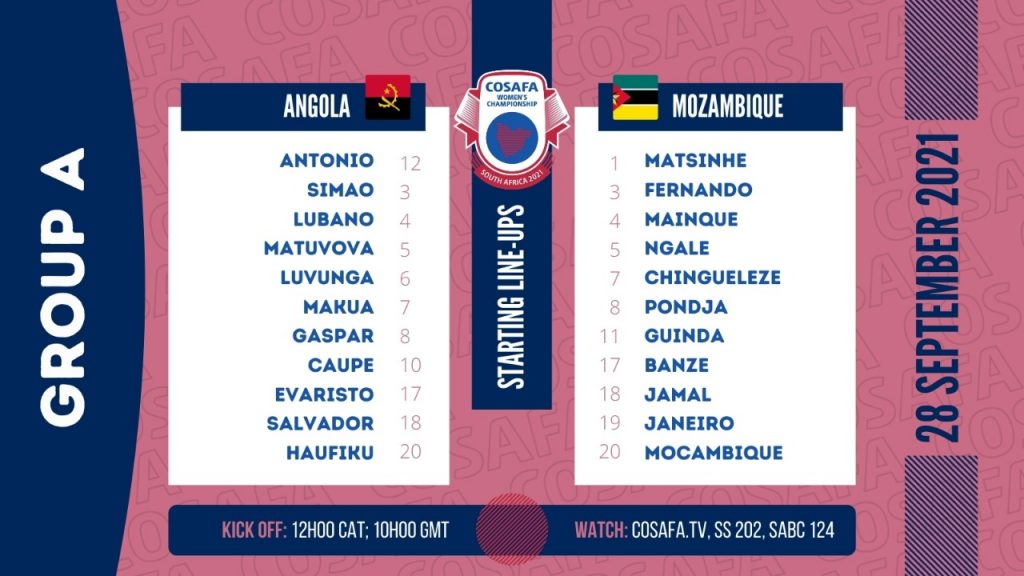 Teams from former Portuguese colonies Mozambique and Angola will get the showpiece underway at Nelson Mandela Bay Stadium in the coastal city of Port Elizabeth.

The match will kick off at 12 noon Southern African time followed by a meeting between the hosts and holders, Banyana Banyana and Malawi’s Scorchers at the same venue at 3:30pm.

The action will continue on Wednesday when Botswana take on guests South Sudan who are coached by South African Shilene Booysen.

Another group B match scheduled for Wednesday will see other guests Tanzania facing Zimbabwe.

Group C action only resumes on Thursday when Namibia line up against Uganda, other guests, with Zambia taking on Eswatini.

Winners of each group plus the overall second best team across all the three groups will advance to the semifinals.

Matches at the tournament, which will run from September 28 to October 9 2021, are taking place behind closed doors.