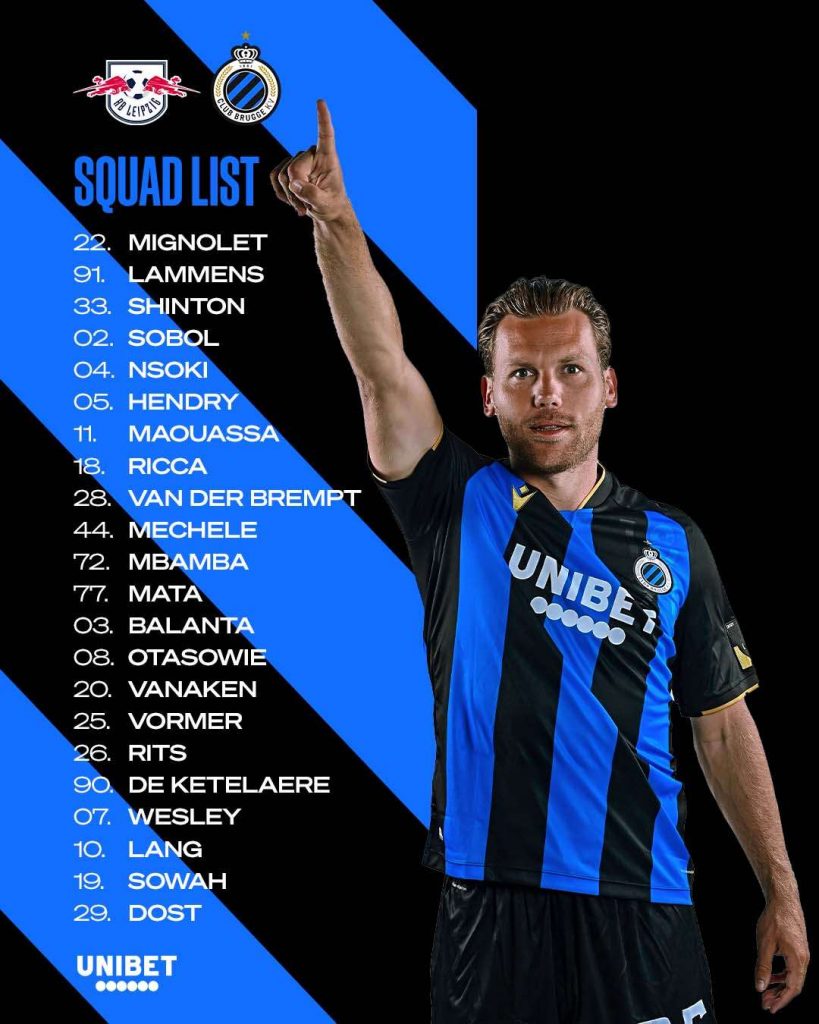 Ahead of the game, RB Leipzig coach Jesse Marsch confirmed that all players save for Dani Olmo, Marcel Halstenberg and the suspended Angelino were available for selection.

Tonight’s game is for teams that are considered the group’s underdogs but ones that cannot be underrated.

Leipzig are smarting from an away 6-2 loss to group leaders Manchester City.

On the other hand, Brugge held their on in a 1-1 draw with Paris Saint Germain.

It would be Leipzig’s first home UCL match before a crowd since March 2020.