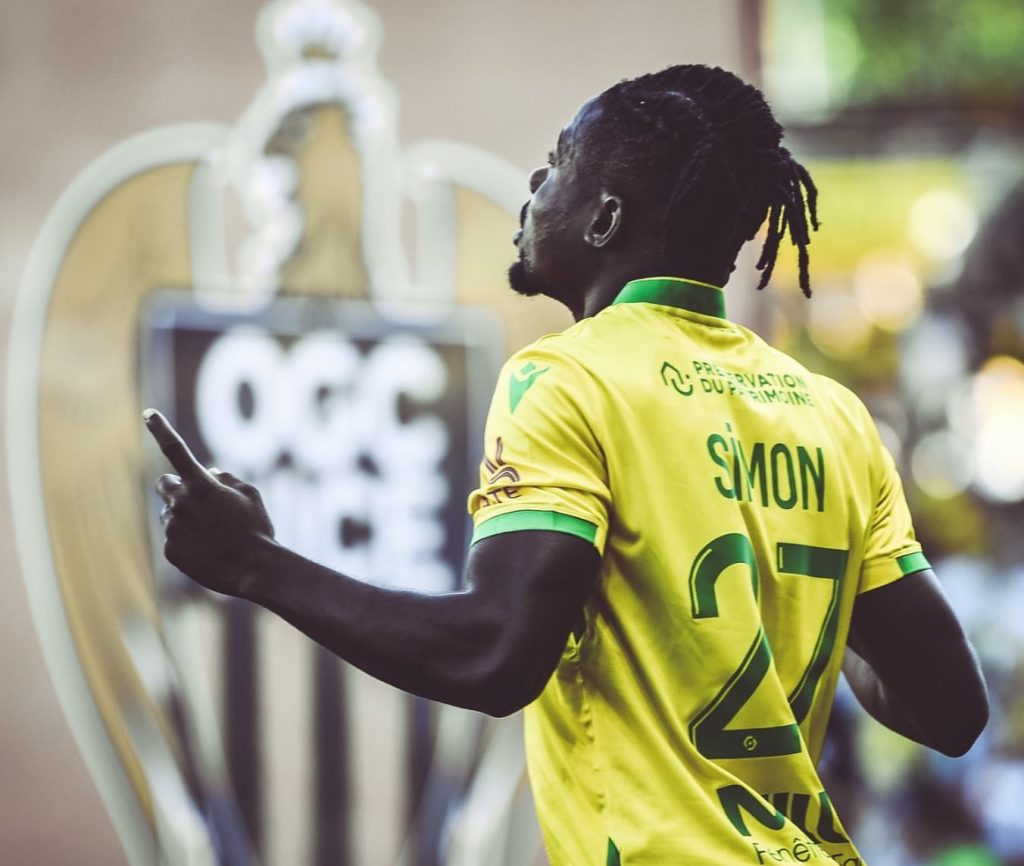 Moses Simon has been nominated for Nantes Player of the Month for September following his impressive performance.

The Super Eagles winger so far have the highest assist in Ligue 1 having provided five.

However, he will have to beat Ludovic Blas, Randal Muani and Pedro Chirivella who are also in the running for the individual prize.

Blas is however the favourite for the award with three goals this month.

A statement on the club official reads;

“It is time for you, supporters of the Yellow and Green, to elect the Canary who stood out the most in September!

“You can vote until Thursday at noon.”