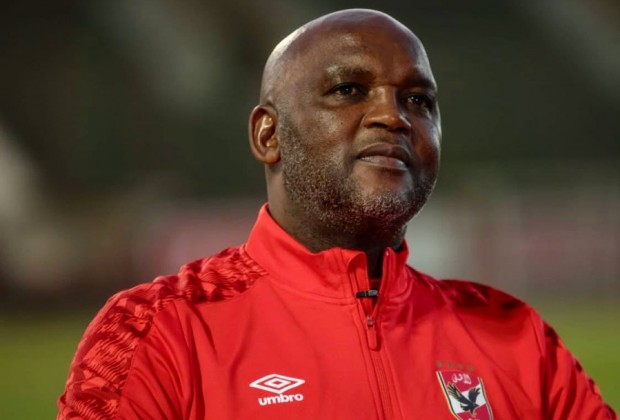 According to local reports, UAE Professional League side Al Wahada has made a sensational offer to Al Ahly head coach Pitso Mosimane to take over the team.

The 53-year old still has the support of the club’s fans and president Mahmoud Khatib despite losing the Egyptian Premier League title to bitter rivals Zamalek SC and the Egypt Super Cup recently.

However, he still attracts clubs from above and even his home country South Africa after the sacking of Molefi Ntseki.

But Pitso turned down the offers plus a recent one from an Emirati side. However, they are yet to be over as another club comes in for the three-time CAF Champions League winner (two in a row with Al Ahly).

It has been reported that Al Wahada have contacted Pitso Mosimane’s wife who is also his agent to see whether he is available for the club’s coaching job.

ArabicSports360 which gave the exclusive news added that the four-time UEA Champions offered a $5 million annual salary to ‘Jingles’ in order to convince him. An amount which almost triple what he currently earns at Al Ahly.