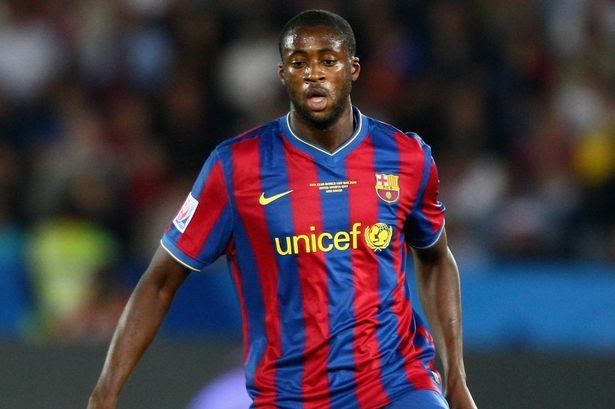 AFCON 2015 winner and Ivory Coast legend Yaya Touré who played for Barcelona from 2007 to 2010 said he is available to help out his former club should they need him.

The 38-year old won all trophies including a UEFA Champions League trophy in 2009 with the Spanish giants during his time alongside other africans stars the likes of Samuel Eto’o and Seydou Keita.

Despite his misunderstandings sometimes with then Barca coach Pep Guardiola, Touré said his time at the Camp Nou outfit was one of the best moments of his career.

He said, he’ll have no problem in helping the club back after thy gave him the chance to grow while he was a young player (Yaya Touré was 24 when he signed for FC Barcelona), as Barca are currently going through a poor slump under Ronald Koeman.

“My time at FC Barcelona was one of the best memories of my playing career. The club has decided to trust me when I was still a young player, yet to establish myself in the top leagues”, the 38-year old wrote on his Twitter account.

“I will forever be grateful to the club for what they have done for me.

“It may be a difficult time for the club but my belief for FC Barcelona is strong.

“I will always be available for the club should they need me anytime as my heart is forever with the club, the people and the fans! Força Barça“, Yaya Touré concluded.

As a reminder, Touré has been made Russian Premier League side Akhmat Grozny assistant coach in June this year.