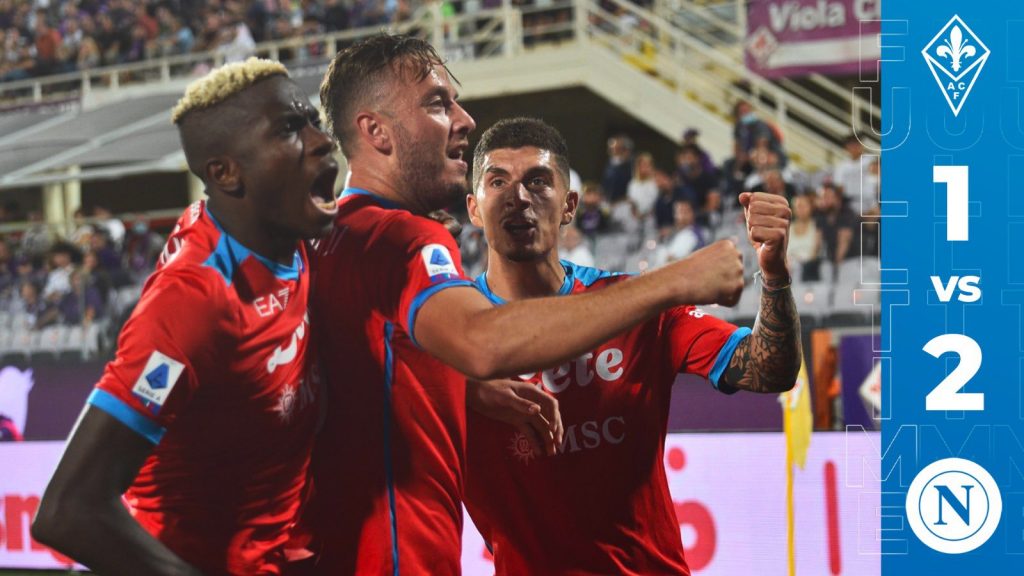 Victor Osimhen was in action as Napoli bounced back to defeat Fiorentina 2-1 at the Stadio Artemio Franchi in Sunday’s Serie A game.

Osimhen who had scored in for Napoli in their last five games was unable to add to his goal tally but was a thorn in the flesh for Fiorentina defense.

The Nigerian international did not complete the game as he was substituted in the 84th minute as the Partonepei maintained their 100 percent record start in the Serie A this season.

Read Also:Osimhen Vows Napoli Will Bounce Back After Defeat To Moscow

Fiorentina took the lead in the first half through Lucas Martinez Quarta who scored in the 28th minute.

Napoli could have leveled from the spot after Martinez tripped on Osimhen only for Fiorentina goalkeeper to guess right and denied Insigne but Hirving Lozano pounced on the loss ball and levelled.

Napoli completed the comeback in the 50th minute through Amir Rharmani who scored a  similar to Martinez Quarta as he freed himself and head a Napoli free-kick past Dragowski.

Napoli will now head into the season’s second international window sitting top of Serie A as they are yet to loss a game.