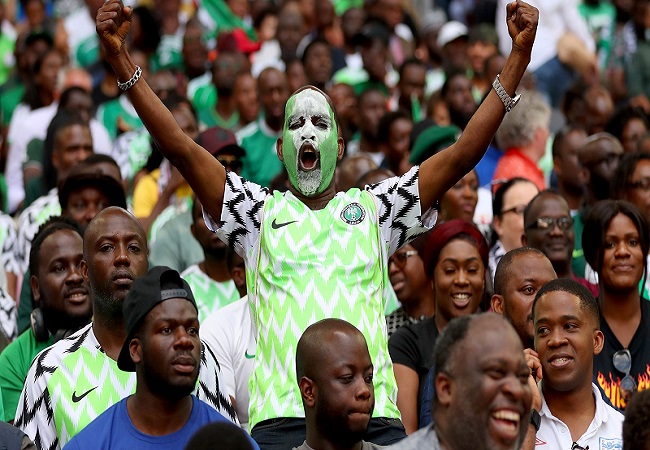 Group C leaders, Nigeria, will be aiming for a third consecutive win with the Match-day three game at the Teslim Balogun Stadium. Most football fans in the former capital city have been eager to be part of Eagles matches but that decision rests with CAF who is the final arbiter.

With barely 72 hours to the 2022 World Cup second round qualifying match with the Central African Republic (CAR), the Nigeria Football Federation (NFF), is awaiting CAF’s decision on the stipulated number of fans to be allowed in the stands to cheer Super Eagles.

“Due to the existing Covid-19 protocol, capacity of a stadium no longer decides the level of attendance. Only CAF can decide the number of fans to allow into any home game.

“We are however waiting for CAF’s decision even though it is almost certain now that match tickets may not be available to the public.” A top NFF secretariat official confided in THISDAY last night.

Super Eagles have played two home matches since the Covid-19 era. One against Lesotho in the AFCON qualifying round and Nigeria’s defeat of Lone Star of Liberia in the opening match of the World Cup qualifying series.

Lagos State Sports Commission distributed tickets to fans for the last match. And the same scenario may likely play out on Thursday at the same venue.

Meanwhile, most of the players invited for the crucial encounter with the CAR by Coach Gernot Rohr are expected to start arriving camp from this morning.

According to the travel logistics of the players, those based in the United Kingdom are likely to form the early birds in camp today with the rest expected to come in tomorrow night (Tuesday) for full training session on Wednesday morning.

“Most of the players in United Kingdom are expected in camp on Monday morning. Because the arrangement was that after their club engagements Sunday afternoon, they will move straight to airport and head for Lagos.” The NFF source hinted.

Expectedly, Kelechi Iheanacho who was on scorer’s sheet for Leicester at Crystal Palace yesterday afternoon, Leon Balogun, William Troost-Ekong, Joe Aribo and Captain Ahmed Musa who stars for Fatih Karagumuk in the Turkish Super Lig are among the players expected this morning.