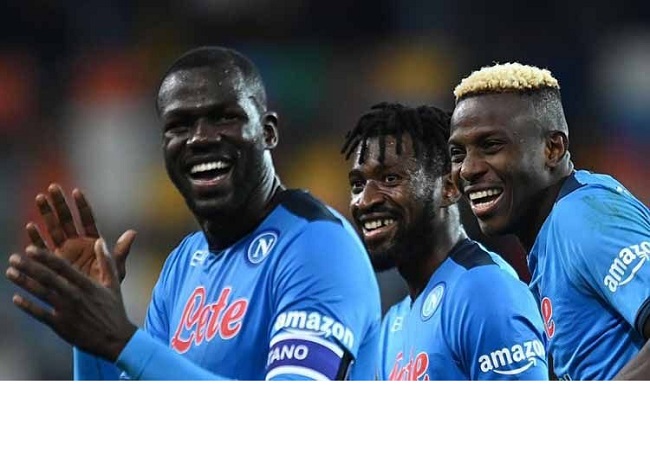 The Mayor of Florence Dario Nardella has apologised to Nigeria’s Victor Osimhen, Cameroon midfielder André-Frank Zambo Anguissa and Senegal international Kalidou Koulibaly for the racist slur aimed at them by a section of Fiorentina’s supporters.

The three African stars played crucial roles to help Napoli come from a goal deficit to earn a 2-1 win over their hosts on Sunday evening.

Osimhen’s brilliant run of scoring in five consecutive games was halted inside the Artemio Franchi Stadium. But the Super Eagles ace won the penalty from which Napoli equalised.

Frustrated Fiorentina fans aimed monkey chants at Osimhen and others, with the 22-year-old ignoring them for the most part. He would later take to his social media account to express his disgust concerning the incident.

Writing on his Twitter handle, Mayor Nardella offered his city’s apology to Osimhen and his African brothers.

“Victor (Osimhen), André-Frank, Kalidou: on behalf of Florence I apologise. (Those) who yesterday offended the Napoli players at the stadium do not represent the city and do not represent Fiorentina, which immediately distanced itself. In stadiums, there is no room for ignorance and stupidity.”

Osimhen’s four goals in six Serie A matches have helped Napoli maintain their perfect start to the league campaign, with Luciano Spalletti’s men sitting top of the log with 21 points.

The Nigerian star is expected in the Lagos camp of the Super Eagles ahead of the former African champions’ World Cup qualifier against the Central African Republic on October 7.