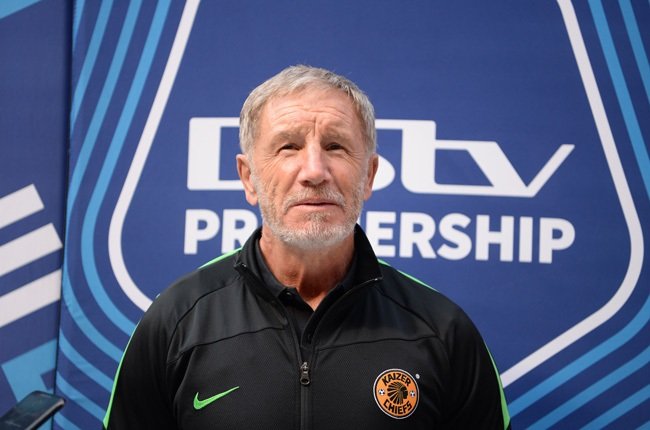 Kaizer Chiefs head coach Stuart Baxter has named the player he considered as the best right-back at the moment in South Africa.

Speaking to the media after Amakhosi’s 1-1 draw against AmaZulu on Saturday, the British manager said Glamour Boy’s youngster Njabulo Blom is the best at his position at the moment.

Baxter praised the way the 21-year old has been useful in his tactical scheme against Benni McCarthy’s team.

“At times he showed he has got qualities in that role and he released Cole Alexander and Phathutshedzo Nange to get higher in the box. We did get more bodies in the box, which we spoke about, when crosses were coming in we were getting on the end of them.”

“I think Njabulo Blom is really playing well at the moment, I think he is, in my opinion, the best full back in the country at the moment,” he concluded.

Njabulo Ngcobo who is nicknamed “Stoppa” has been handed another call-up by Bafana Bafana head coach Hugo Broos for this month’s back-to-back FIFA World Cup qualifiers against Ethiopia.