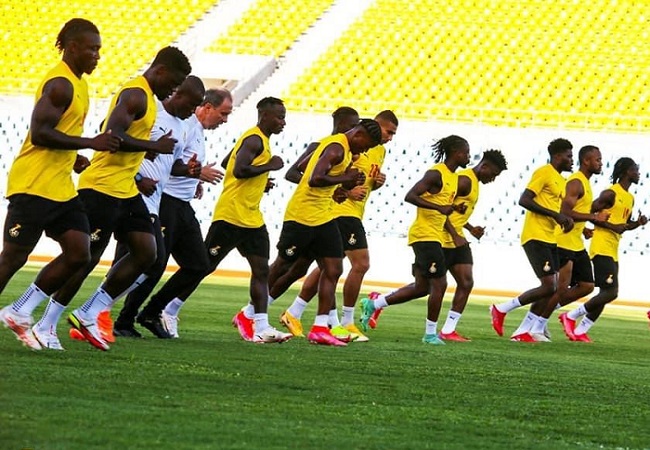 Black Stars’ newly appointed head coach Milovan Rajevac led his team to the field on Tuesday evening. It was their first training session ahead of Saturday’s FIFA World Cup Qatar 2022 qualifier against Zimbabwe.

The Serbian tactician who took over the reins of the senior national side two weeks ago is preparing his players for the task ahead. A double header that will play against the Warriors of Zimbabwe on Saturday, October 09 and Tuesday, October 12 respectively.

Milovan Rajevac and his two Assistants, Otto Addo and Maxwell Konadu led an exciting session at the Cape Coast stadium.

Twenty five players are currently in Camp preparing for the match. Columbus Crew captain Jonathan Mensah who was expected in Accra Tuesday night, will join the team on Wednesday as the GFA continues to assess Andrew Yiadom’s situation at Reading FC.

Ghana are 2nd in Group G with 3 points following a win over Ethiopia and a 1-0 loss to South Africa in the first two matches in the World Cup campaign.