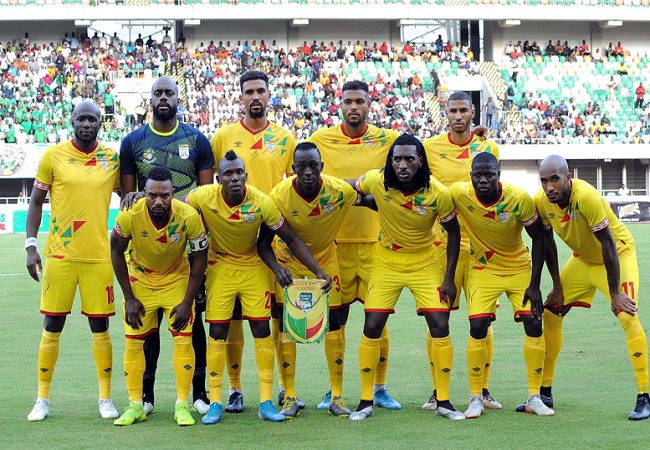 The Squirrels of Benin moved top of Group J in the Qatar 2022 FIFA World Cup qualifiers after a precious 1-0 win away to Tanzania at the Benjamin Mkapa Stadium in Dar es Salaam on Thursday evening.

Steve Mounie scored the lone goal for The Squirrels in the 72nd minute to hand the West Africans maximum points. This victory puts them top with seven points after two wins and a draw in the opening three matches.

The Tanzanians will rue their missed chances, especially one that fell on Saimon Msuva in the first half. The Morocco based striker had a glorious chance in the 22nd minute when off a long ball he looped over the keeper with a cheeky header.

However, he took a weak shot at goal with a sliding Cedric Hountondji scrambling back to block the effort.

After going down, Tanzania gave their all in search of an equalizer. Substitute Abdul Hamisi Suleiman came close twice late on. First, his ferocious shot from the edge of the area coming off the bar while his second two minutes later was saved by the keeper.

For the same group at the Stade de Martyrs in Kinshasa, goals from Chadrac Akolo and skipper Dieumerci Mbokani gave the DR Congo a 2-0 victory over Madagascar to move second in the group with five points.

While the Congolese hand themselves some massive hope of qualification, Madagascar see their hopes now hang on a lose fitting after a third successive loss.

Akolo broke the deadlock in the 35th minute with a well taken low shot into the box. He picked up the ball from a poorly defended corner, played a one-two with Mbokani before shooting into the bottom left.

The Congolese had dominated the game with Mbokani and Cedric Bakambu coming close before the opener.

In the second half, they were even more dominant. And they should have been two up after 72 minutes. But Chancel Mbemba’s low shot in the box came off the upright.

They however got the second in the 79th minute when Mbokani converted a penalty after Edo Kayembe was clipped inside the box.