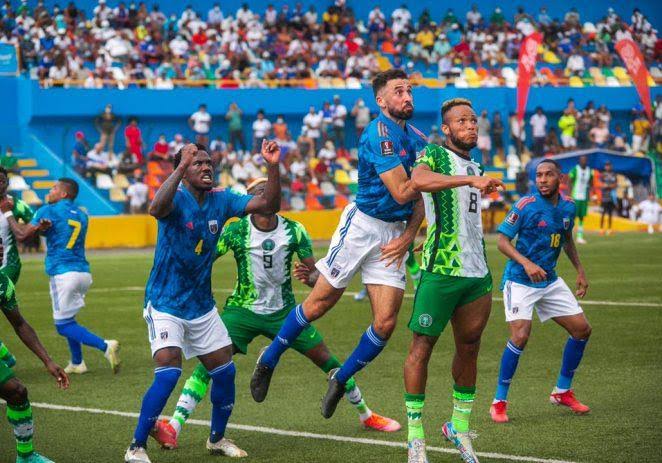 The Super Eagles of Nigeria hopes of qualifying early for the next round
of the 2022 FIFA World Cup in Qatar was dimmed.

The Gernot Rohr led side
fell to a first ever defeat to the Central African Republic after losing 1-0 at the
Teslim Balogun Stadium Lagos.

The three timeAfrica Cup of Nation winners failed to capitalize on its
dominance for the duration of the game as the the host with its array of foreign based
players consistently blew their chances with striker Victor Osimhen being the biggest
culprit.

CentralAfrican Republic which is ranked 124 on the FIFA Ranking had defended for most part of the game while occasionally breaking
for a counter.

The visitors had the ball in the back of the net a minute after the hour mark but the goal was chalked off for a foul on Jamilu Collins.

Namnganda finally netted the winning goal on the dot of 90 minutes to raise the hope of the visitors .

Nigeria will hope to redeem its image when both sides face off in the second in
Douala Cameroon on Sunday.