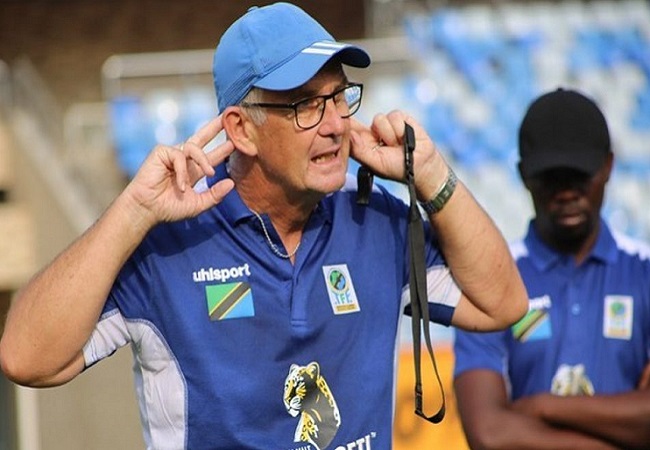 Tanzania national football team, Taifa Stars are hosting the Squirrels of Benin for 2022 World Cup qualifier on Thursday. Game to kick off at 13:00 GMT at the Benjamin Mkapa Stadium. However, the Taifa Stars are likely to miss the services of their four key players who are Bakari Mwamnyeto, Erasto Nyoni, Shomari Kapombe and Jonas Mkude.

While Mkude has been reselected in the team by Taifa Stars head coach Kim Poulsen, Mwamnyeto, Nyoni and Kapombe are regulars in the starting lineup.

The players featured in two past matches against DR Congo in Lubumbashi where they drew 1-1. And they showed up later against Madagascar at the Benjamin Mkapa Stadium and Stars won 3-2.

Taifa Stars team manager Nadir “Cannavaro” Haroub said on Tuesday that Mkude is facing a family . And he is therefore out of the team while Mwamnyeto, Nyoni and Kapombe are nursing their injuries sustained in the Mainland Premier League matches.

Haroub said it is a big blow to miss the four players in the team, although their technical bench has already taken measures to ensure the team play well and win the game on home soil.

“We have taken technical measures ahead of the match. And already, head coach Kim Poulsen has included Kibwana Shomari, who replaces Kapombe’s. The other positions have no problem as there are some players, who can fill them after being in the team since the first selection.” Said Haroub.

He said all the players are in top morale ahead of the encounter. According to Haroub, the team captain, Mbwana Samatta, has already joined the team’s training camp. Samatta plays for Royal Antwerp FC of Belgium.

The other foreign based players, Simon Msuva, who features for Wydad Casablanca of Morocco and Novatus Dismass who plays for Maccabi Tel Aviv of Israel, joined the national team a few days ago.

“Basically, all the players are in top morale and target victory in the match in order to stretch their lead in the group J table.” He said.

Taifa Stars are tied with Benin at the top with four points each. However, Stars top the group with the best goal forward after scoring four goals against Benin’s two.