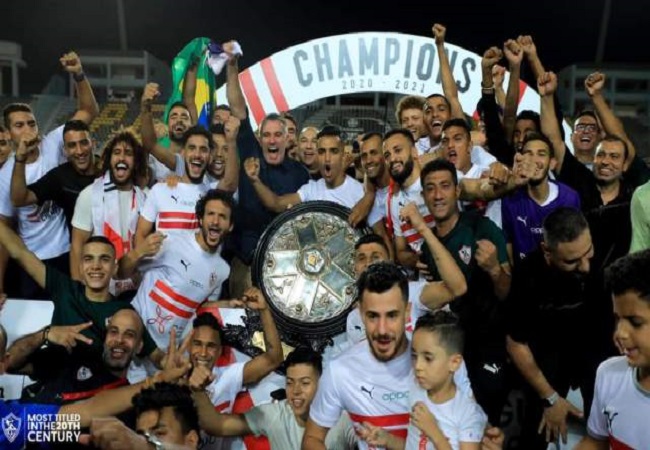 Pitso Mosimane’s Al Ahly have been handed a major advantage in Egypt after rivals Zamalek’s two-window transfer ban was upheld in court!

Zamalek beat Pitso Mosimane’s Al Ahly to last season’s Egyptian Premier League title. However, their fortunes have taken a turn for the worst heading into the new campaign.

Their decision to challenge their FIFA ban proved to be unsuccessful after the Court of Arbitration Sport (CAS) upheld their two-window transfer ban.

Zamalek will now be unable to register any of their new signings ahead of the new Egyptian Premier League and CAF Champions League campaigns.

While Zamalek will be unable to register their new signings (Hamdi Nagguez, Omar Kamal and Mahmoud Shabana). Pitso Mosimane’s Al Ahly have beefed their squad up with a number of top quality signings.

Pitso Mosimane managed to lure the dangerous attacking trio of Percy Tau Hossam Hassan and Luis Miquisson to the Egyptian giants while Karim Fouad and Mostafa El Badry also joined the CAF Champions League champions ahead of the new season.

“The registration ban has been enforced by FIFA due to the cases of youngster Hossam Ashraf and ex-head coach Christian Gross.” KingFut reported regarding Pitso Mosimane’s rivals transfer ban.

“Ashraf, 20, had signed for Zamalek despite being contracted to a Cameroonian club with a release clause of €4m. Which the Whites had to be taken to court for after failing to pay the agreed fee. Eventually, the fee was reduced to €220,000, which is also yet to be paid by the Egyptians.

“The second case is related to ex-head coach Cristian Gross, who is owed €700,000 by Zamalek as late due. And with the payment deadline passing, FIFA have imposed a one-period transfer ban on the club.”