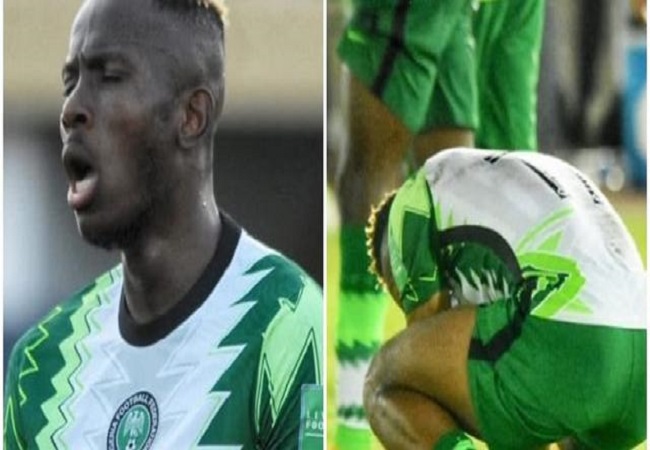 President of the Nigeria Football Federation, Amaju Pinnick has revealed that three Premier League stars in the likes of Leicester City midfielder Wilfred Ndidi, Everton winger Alex Iwobi and Watford ace Oghenekaro Etebo were disappointed in the wake of the Super Eagles shock 1-0 loss to Central African Republic in a World Cup qualifier on Thursday.

Manager Gernot Rohr could not count on the services of the three players after they sustained injuries while on club duties.

Central African Republic center forward Karl Namnganda pounced on some sloppy defending to score the game-winning goal in the 90th minute, handing the Super Eagles their first home defeat on the pitch in a World Cup qualifier since 1981.

“At the halfway mark of this phase, our Super Eagles still top the group.” Pinnick stated in a press release by the Nigerian Federation on Friday morning.

“I am in touch with even the players that are injured like Wilfred Ndidi, Oghenekaro Etebo and Alex Iwobi. They are all very sad with the result.

“The players who featured in today’s match are all very sober and sad. They know what is important now is their reaction to the situation when they take to the pitch in Douala on Sunday.

“We believe they will deliver against the same team.” He added.

The Super Eagles will be hoping to return to winning ways when they take on Central African Republic in a matchday four 2022 World Cup qualifier in Douala on Sunday, October 10.