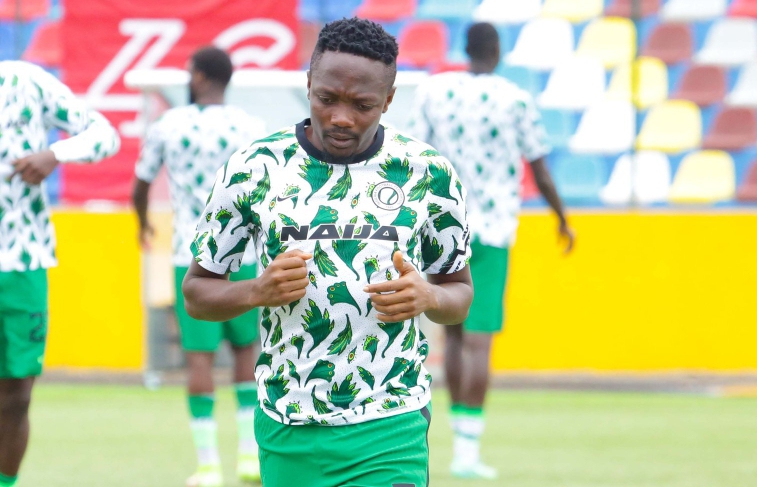 Super Eagles captain Ahmed Musa said getting his 100th cap will be a thing of joy but more focus to help get the three points against Central African Republic on Sunday.

Musa could be handed a starting eleven place in Sunday’s FIFA World Cup qualifier against the Wild Beast in Douala.

The Super Eagles arrived Cameroon on Saturday ahead of the second leg after losing 1-0 to Central African Republic on Thursday.

Read Also: John Ogu Made Surprise To Super Eagles Ahead Of WCQ Return Leg Against CAR

Musa while speaking with journalists before the team departure to Douala Cameroon, said the three point becomes more important after their lost to football minnows.

“I’m happy that I am about to win my 100th cap, which definitely is a thing of joy and pride for any football player at international level.

“However, I am more concerned about the three points.

“The three points here have become much more precious due to what happened in the first leg which we lost.

“The individual honour is welcome but I am more concerned about collective glory and our country’s pride.”