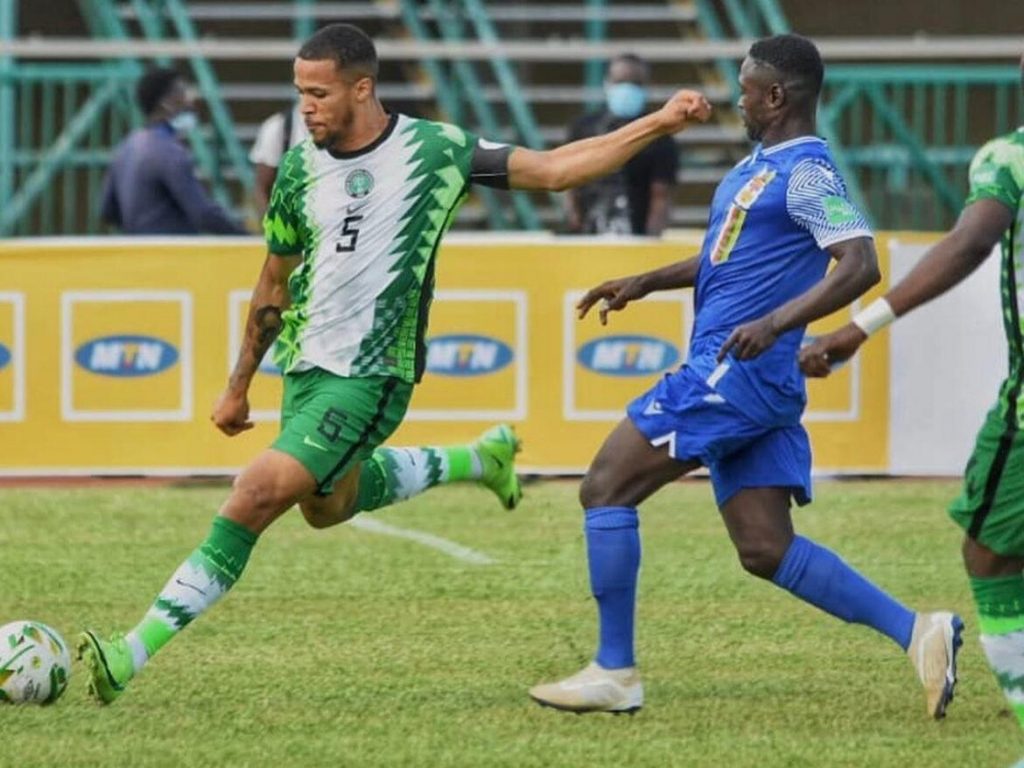 The Super Eagles saw their quest for the sole group ticket for the 2022 FIFA World in Qatar dented last week Thursday by Central African Republic.

Gernot Rohr made two changes to the side that lost 1-0 in Lagos as Maduka Okiye returned between the sticks while captain Ahmed Musa got his starting XI 100th appearance.

Super Eagles dominated possession and in the 26th minute Leon Balogun scored to out Nigeria ahead.

Victor Osimhen doubled the lead in added time before the first half break and that was enough to hand the Super Eagles the three points.

They now remain top of Group C with nine points from games and in position to clinch the sole group ticket.