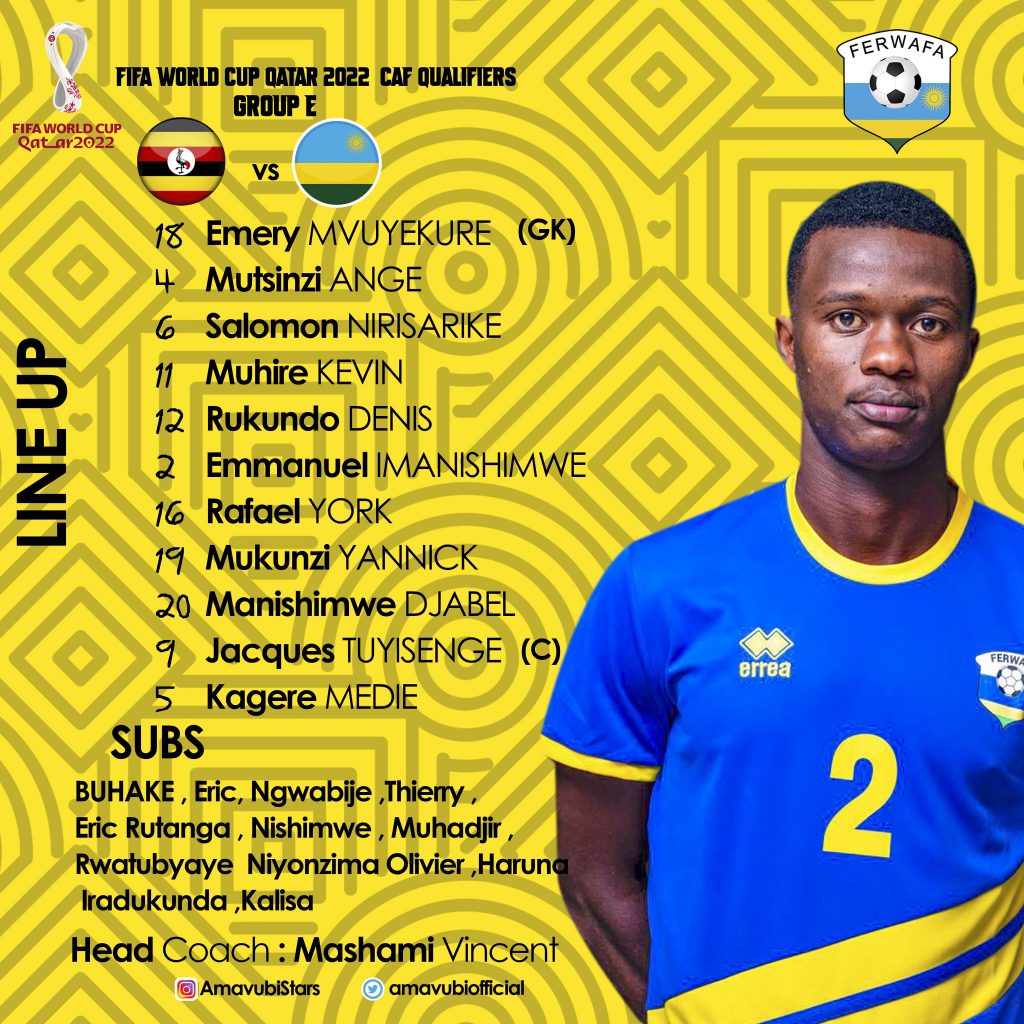 Uganda welcome Rwanda in a Group E match of the World Cup qualifiers for Africa this Sunday afternoon.

The hosts are seeking to build on their winning momentum whereas the Amavubi are eyeing revenge over the Cranes.

Uganda registered their first win of the qualifiers on the road in Kigali last week beating the hosts 1-0.

The result was much to the delight of the Cranes coach Milutin ‘Micho’ Sredojevic.

Micho has since made only one change from the team that started three days ago.

Mali lead the group with seven points from three games followed by Uganda on second place with five points.