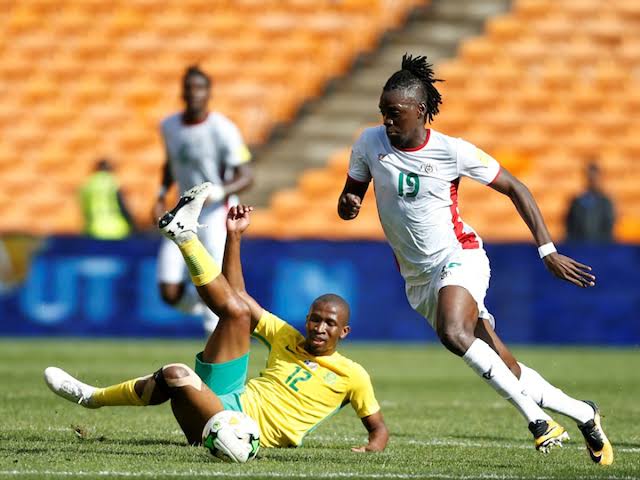 Burkina Faso edged closer to clinching the Group A  2022 World Cup play-offs ahead of Algeria after a 2-0 win over ten men Djibouti on Monday.

The Stallions maintained their unbeaten run in the group with another convincing win to sit atop.

After claiming victory on matchday three, Burkina Faso made it a third win in four games with goals in both half.

Issoufou Dayo scored in the  first half to give his side the lead before Abdoul Tapsoba doubled the lead in the 63rd minute.

Djibouti were later reduced to 10-men after Aptidon Saad Daher was sent off in the 67th minute.

Burkina Faso now too the group with 10 points closely followed by Algeria who are second with seven points and a game at hand.