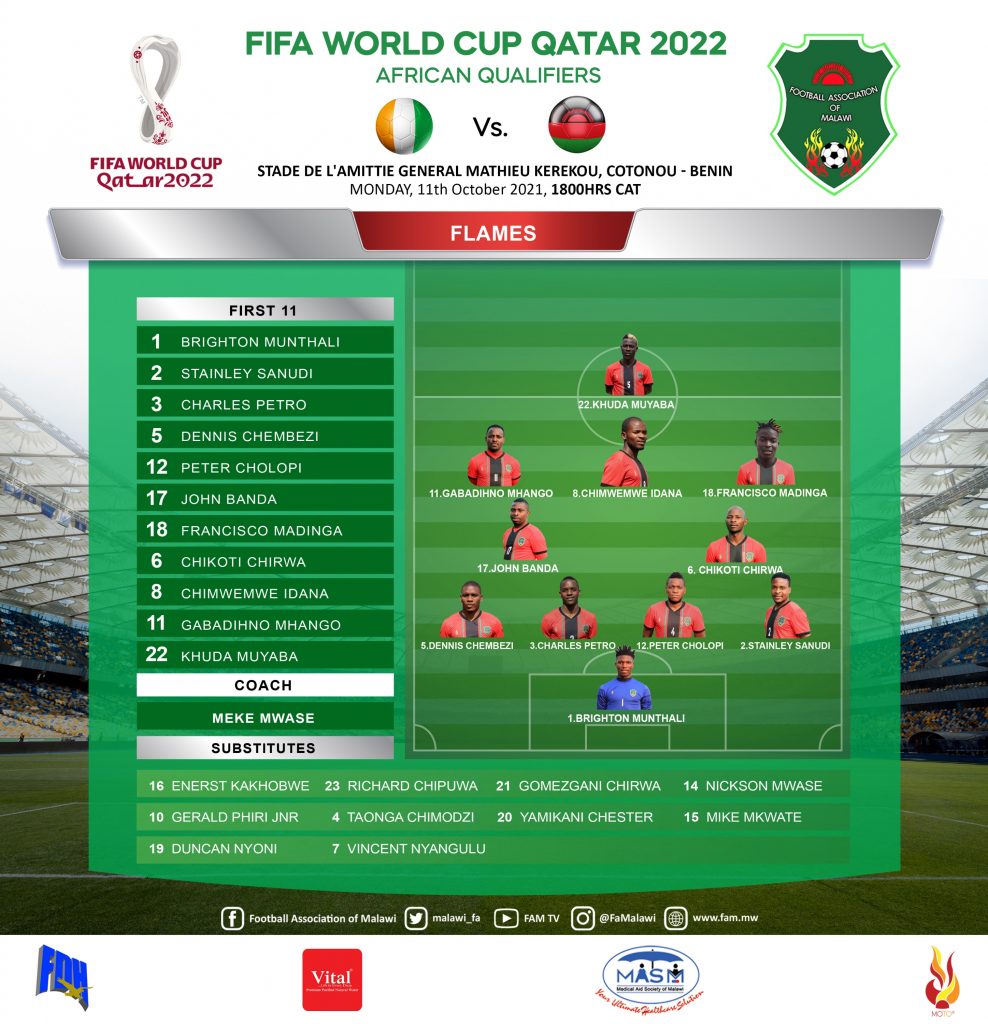 Malawi coach Meck Mwase has made wholesale changes to the starting XI that will face hosts Ivory Coast in a Group D World Cup qualifier this Monday evening.

Ahead of the match at Stade de L’amittie General Mathieu Kerekou, Mwase has relegated to the bench five players who started in the 3-0 loss to Ivory Coast at Orlando Stadium in South Africa on Friday.

The coach has given the nod to Brighton Munthali, Chikoti Chirwa, Francisco Madinga and Chimwemwe Idana to start the game.

Malawi will also be without skipper Limbikani Mzava who limped off in the loss to Ivory Coast; hence, Peter Cholopi starts in central defence alongside Charles Petro.

The changes signal that Mwase has opted to kill width of the wings and will instead play with wide midfielders while hoping to deny the hosts space.

Ivory Coast welcome Malawi with both teams on contrasting missions.

The Elephants are determined to complete a double over the Flames and seize leadership of the group.

On the other hand, Malawi are desperate to bounce back from the damaging defeat of Friday and avoid an early exit from the qualifying stage.

The Flames have three points from three games and their maximum points tally is nine points while bottom-placed Mozambique have one point.

A win for either Ivory Coast, who have seven points, or Cameroon (nine points) who take on Mozambique, could eliminate Malawi and Mozambique.