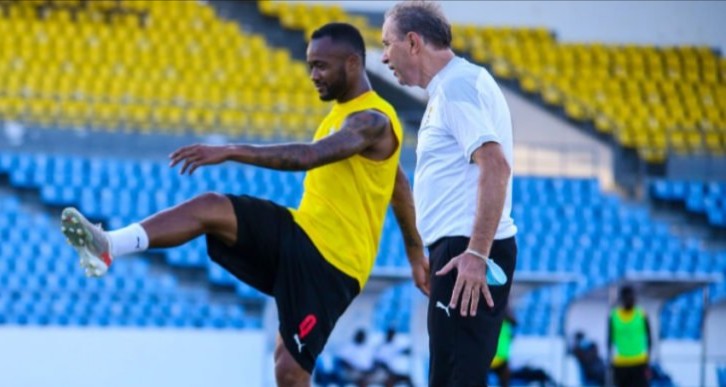 Ghana head coach Milovan Rajevac backs Black Stars forward Jordan Ayew who is subject to criticisms as his goal drought with the national team is lengthening.

Jordan Ayew did not score for Ghana since his penalty goal against Sao Tome & Principe in a 3-1 win during the AFCON 2021 qualifiers in March this year.

So far, the Crystal Palace striker went on playing 43 games with just one goal for both club and selection.

And Black Stars fans start questioning his prominence for the national team as he is not meeting their expectations.

However, “Coach Milo” said every scorer goes through these difficult moments and added that Ayew has the support of the team and will continue doing his best to score goals.

But, the Serbian manager did not make it clear whether he’ll start the former Marseille player against Zimbabwe today or will bench him.

“I never reveal the starting line up the day before the match because this is not the way I do my work but the goal scorers and attackers often come to crisis and in this circumstances they are trying to overcome the problem and start scoring to make their performance better”, Rajevac said.

“We are here and we talk to him. He feels the support he gets from everybody. Whether he starts or comes as a substitute later in the game, we count on all of our players.

“As I always say, it is important to start the match in an appropriate way and to finish it in the right way”, he added.