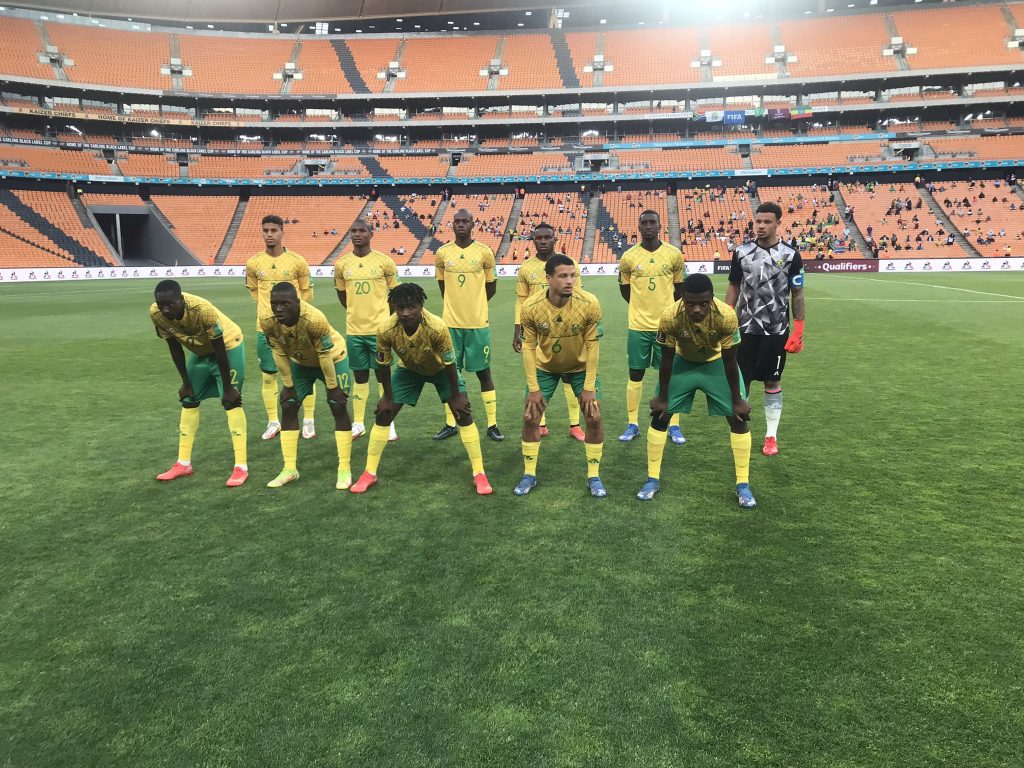 Ethiopia’s Shimelis Bekele’s 11th minute own goal helped Bafana Bafana boost their chances of qualifying for the final qualifying stage of the qualifiers.

South Africa moved to 10 points on the group log table, one point ahead of Ghana who saw off Zimbabwe 1-0 in an earlier match on Tuesday afternoon in Harare.

Ethiopia and Zimbabwe are out of the running as they have three points and one point with each two games remaining.

Belgian coach Hugo Broos, who has led Bafana Bafana to a draw against Zimbabwe and wins over Ghana and Ethiopia, named a strong starting line-up.

Broos made changes to the starting line from the last game against Ethiopia with Ngcobo, Letsoalo, Hlongwane, Makgopa getting the nod to start ahead of Mothobi Mvala, Ethan Duncan Brooks, Vincent Pule and Tshegofatso Mabasa.

Such changes made little impact as South Africa rode on the back of the own goal.